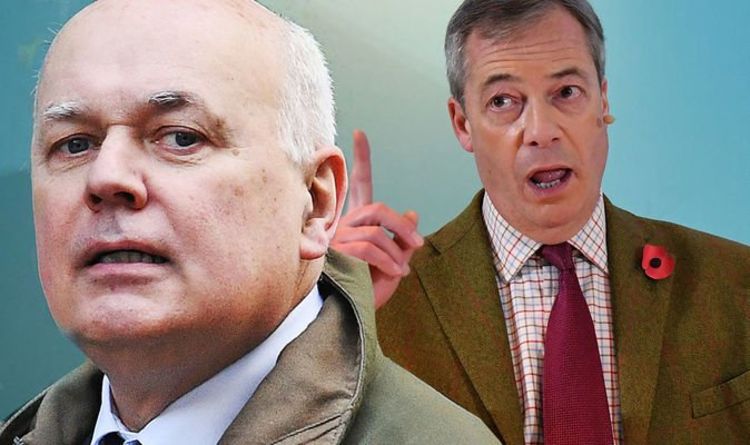 The stark reality is the Brexit Party needs to win over just one in every 16 Tory voters in order for a hung Parliament to be delivered, according to an expert. Mr Farage reiterated his desire to enter into a pact with the prime minister ahead of the ballot, saying the “clock is ticking” with less than five weeks left until Britons cast their vote. Professor Matthew Goodwin of Kent University, who analysed data, told the Sun: “The Conservatives need as many Brexit Party supporters as possible.

“If they get them, they will likely win a comfortable and possibly large majority.

“But if Farage has a good campaign, and Conservatives flow to the Brexit Party, the chance of Boris getting his majority are sharply reduced.”

Polls predict the Tories will win 357 seats on December 12, giving Boris Johnson a comfortable majority to get his deal through Parliament and deliver Brexit within weeks.

Former Tory leader Iain Duncan Smith warned Conservative voters they would be making a “historic, even catastrophic mistake” if they decided to back  Mr Farage next month. 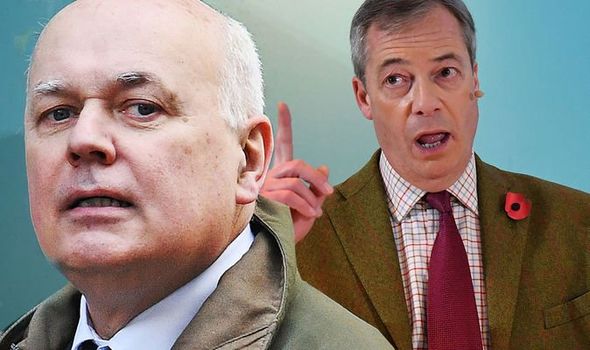 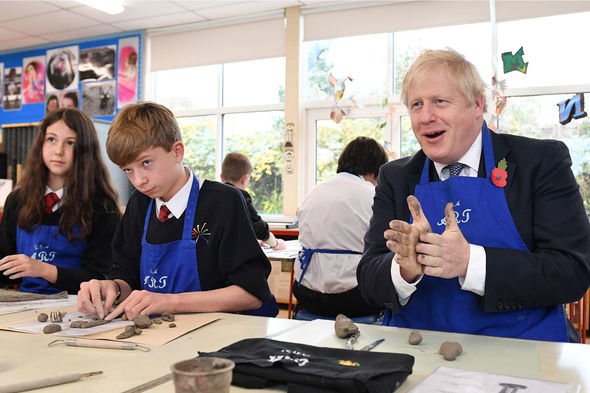 Elsewhere, Steve Baker, the chairman of the European Research Group of Tory Brexiteers, urged voters to “seize the opportunity to get Brexit done”, warning: “It’s now with Boris or it’s never.”

Writing in the Sunday Express, he said: “Only the Conservative Party can deliver Brexit in this election. A vote for any other party is effectively a vote for Jeremy Corbyn.

“That is because the Brexit Party cannot win a majority. It might not even be able to win a seat. But it is capable of splitting the Leave vote so that Jeremy Corbyn gets into power.”

SEE BELOW FOR LIVE UPDATES.

More than half of British voters believe a new Parliament will not make progress on Brexit, according to a new poll.

The BMG Research survey showed just 29 percent have faith that the general election will usher in a way to break the deadlock while 56 percent said they remain unconvinced.

Seventy-one percent said MPs were to blame for Brexit not being delivered more than three years after the European referendum while 19 percent said it was not the fault of lawmakers.

Source: Read Full Article
Posted by BestNewsMedia at 3:31 AM