10 travel hacks for 2020: avoid these pricey tourist traps — and don’t miss an opportunity to fly for free 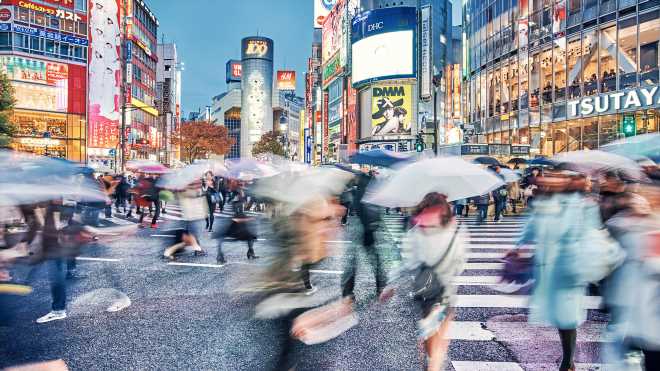 The past year saw highs and lows for the travel industry. The grounding of the Boeing 737 Max aircraftBA, +0.07% following two fatal crashes caused headaches for travelers and airlines alike, prompting cancelled flights and route changes that have continued through today.

Travelers ability to book their own vacations also led to the downfall of Thomas Cook, the British tour operator, leaving some 600,000 people stranded. More recently, over a dozen people died because of a volcanic eruption on New Zealand’s White Island, a popular tourist attraction.

What’s more, record numbers of travelers hit the roads and took to the skies on summer vacations and during the holidays. And Disney DIS, +0.03% opened its long-awaited theme park lands based on the “Star Wars” film franchise, complete with $200 lightsabers and $42 cocktails.

Here are travel experts’ predictions for the tourism hacks in 2020:

Tokyo is set to host the Summer Olympics — and that will bring renewed attention to Japan. The country has prepared for an expected deluge of visitors by building new hotels and expanding airports. Airlines have added more routes to Tokyo to accommodate the extra demand.

And Japanese tourism officials have also worked to refresh tourist attractions in other parts of the country in a bid to lure people away from what will be an overly-crowded Tokyo next summer.

Smart tourists may want to plan their trips to Japan to avoid the Olympics entirely. “Remember the date: Aug. 10,” said Gabe Saglie, senior editor at travel website TravelZoo. “That’s the day after the 2020 Olympics come to an end in Tokyo.” Prices should fall along with demand, Saglie.

One trend that took hold in 2019 was “flygskam,” Swedish for “flight shame.” Environmental activists pushed people to avoid flying given the greenhouse gas emissions caused by airplanes. As a result, train travel rose in popularity this past a year, which should remain the case in 2020.

Another thing to avoid: overtourism. Research has shown that many of the world’s most popular tourist destinations are becoming overcrowded with travelers. That’s had serious repercussions ranging from a reduced supply of drinking water to damaged historical sites.

“We’re looking at Sicily as 2020’s Italian destination of choice and alternative to longtime favorites like Venice,” Saglie said. It’s cheaper than Venice too, Saglie said. Wherever there are crowds of tourists, expect prices to be hiked substantially for restaurants, hotels and flights.

Want to avoid high prices and crowds, but have a story to tell your friends when you get home? Look into your family’s past. “As nationalist attitudes seem to be on the rise, the counter trend will see individuals seeking out shared genetic links and cultural synergies,” Conde Nast Traveller wrote.

More than 15 million people have had their DNA analyzed by Ancestry.com alone, while 23andme has more than 10 million customers. With all of these people learning more about their heritage, travel experts expect that many of them will plan trips in 2020 to visit their families’ ancestral homes.

Advances in data and AI have enabled travel experiences will become more personalized in 2020. Apps like Tripit and sites like Google GOOG, -0.63% and Facebook FB, +0.15% use analytics to provide personalized recommendations and, crucially, compare prices too.

Read more: How I turned my dream of being a travel writer into reality

After Disney released the first “Frozen” film in 2013, Norway saw a massive influx of visitors who wanted to visit the country that inspired the fictional kingdom of Arendelle. Hotel bookings increased 37% in the year after the film’s release, Travel + Leisure reported.

“With Frozen 2 out now, expect to see a renewed interest in this beautiful country,” said Colleen McDaniel, editor-in-chief of Cruise Critic. TRIP, -0.20% If you are planning a trip to Norway, you may want to wait for the crowds (and high prices) to subside.

Want to save the cost of a long-distance flight and travel for free? Fly on the company dime. Research from travel companies Skift and TripActions found that 58% of business travelers combined a work trip with a leisure trip in the past year, and that’s expected to accelerate in 2020.

Of course, this blending of trip purposes is causing headaches for corporate travel departments. Companies are now having to re-evaluate their travel policies to ascertain what they will reimburse employees for and what workers need to pay for themselves.

Forget big ships with large pools and cocktails with little umbrellas where you are herded into a ship with the lure of low prices only to be sold lots of hidden extras. The new, increasingly-popular breed of cruise vacation takes passengers on smaller boats to more far-flung parts of the world.

“We’ll see more than a half-dozen new adventure ships launching next year,” McDaniel said. “What’s great about this expedition boom is that it adds diversity to the segment. Guests can enjoy luxury expedition, traditional hard-charging adventure and even yacht-style expedition.”

Good news for those who have always wanted to visit a little piece of paradise. Last February, the Federal Aviation Administration granted Southwest Airlines approval to fly to Hawaii, which prompted travel experts to project that flights to the Pacific island state could drop in price by 30%.

The competition between Southwest Airlines LUV, -1.06% and other airlines is only expected to continue in 2020, experts say, putting a Hawaii vacation in reach for many more Americans, as more airlines are expected to compete for customers.

“The transformative element for 2020 will not just be about helping others, but also helping oneself,” Clayton-Lea said. People aren’t just looking to relax on a beach these days — they want their travel to be more meaningful. But transformational travel doesn’t just mean meditation and yoga retreats.

“People are keen to make a difference when they travel, mostly through volunteering,” Clayton-Lea said. Whether you’re helping to take care of animals threatened with extinction, build schools or houses, or participate in archeological digs, food and housing is often paid in return for you service.

Some 15 of the 20 vacation destinations that experienced the most pronounced growth in demand were located in Canada, according to travel-booking company Expedia EXPE, -0.69%. Winnipeg, Saskatoon and Regina saw five times’ more demand year-over-year from travelers.

“Whether it was the favorable exchange rate … or the great outdoors, Americans are clearly quite fond of Canada,” Expedia said in its 2020 trends report. Sometimes, the answer to life’s questions — as a farm girl from Kansas with ruby slippers once discovered — are in your own backyard.

Source: Read Full Article
Posted by BestNewsMedia at 4:32 AM

Email ThisBlogThis!Share to TwitterShare to FacebookShare to Pinterest
Labels: 10, 2020:, avoi, for, hacks, travel