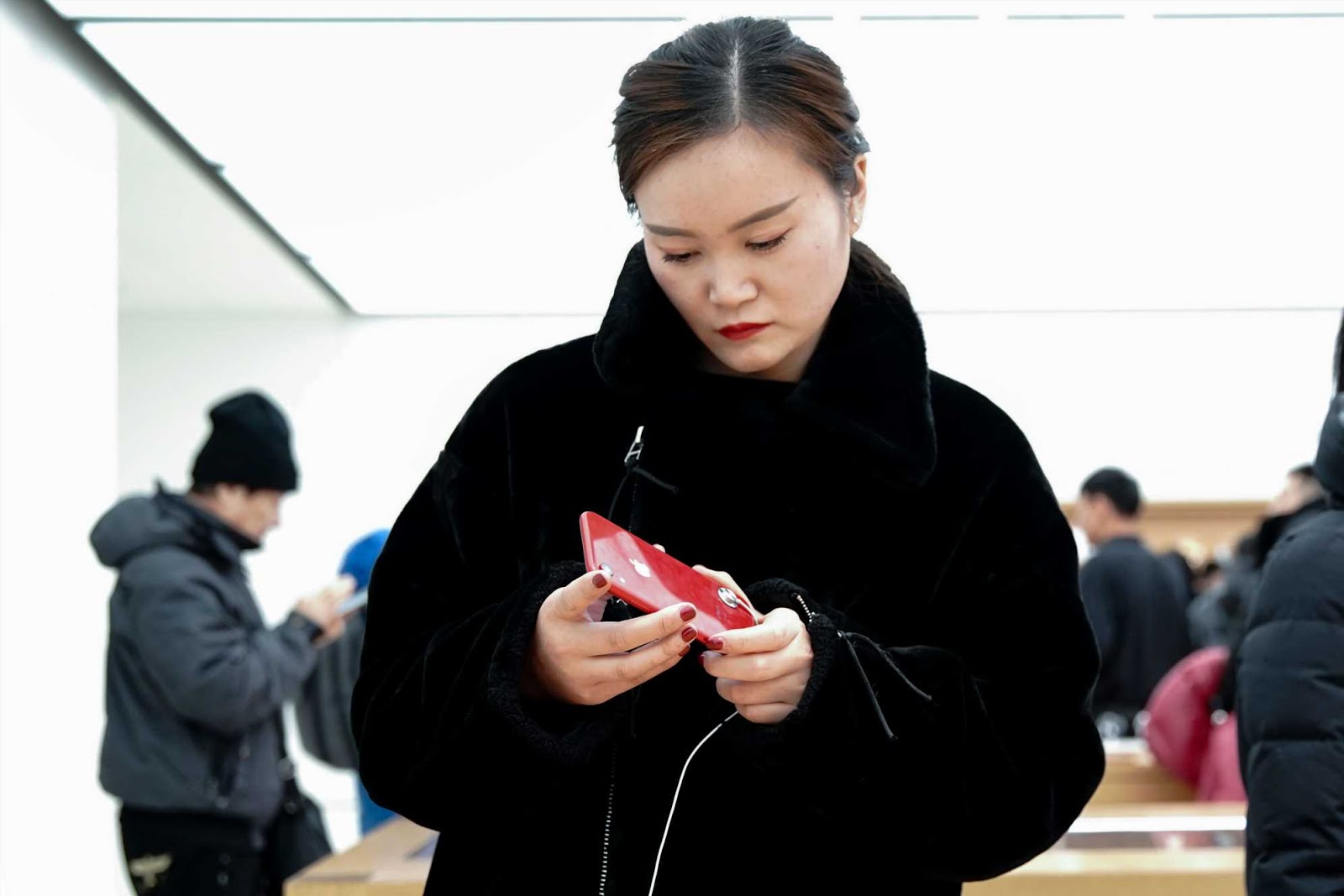 Chinese consumers are cooling on the iPhone, according to a new report by Credit Suisse analysts.

iPhone shipments in China dropped 35.4% in November compared to the same time last year, the analysts wrote in a note Thursday, despite a slight increase in the Chinese smartphone market at the same time. The analysts said Chinese iPhone sales declined 10.3% year-over-year in October, making this the second straight month of double-digit percentage drops.

Since the launch of the iPhone 11 family, total shipments in China are down 7.4% compared to last year, the analysts said, adding that "we estimate China iPhone revenue fell by >17.5% y/y over the past three months (Sept-Nov)."

Apple's stock was down nearly 1% in premarket trading Thursday.

The analysts cited the looming December 15 deadline that could see more tariffs imposed on Apple products as part of the ongoing U.S.-China trade war as more cause for concern. The analysts wrote that a 15% tariff could increase U.S. iPhone costs by almost $70 per unit.

"Our (and we believe investors') base case continues to factor in a favorable resolution (i.e., no tariffs); however, we think Apple would have a difficult time pushing through tariff-related price increases to U.S. consumers (~35% of CY18 iPhone units, per Gartner) without a commensurate impact on demand."

The analysts also pointed to aggressive local competition from Chinese manufacturers as a reason for the drop in sales. The analysts' rating of Apple remains neutral, and they announced a price target of $221 per share in October.

Apple has had a hard time in China recently. In the second-quarter of 2019, its shipments declined 14% year-over-year while its market share dropped to 5.8% from 6.4% in the same period last year, according to market research firm Canalys.

Apple analysts were nonetheless optimistic about the performance of the latest iPhone line in China when it launched. Some of the new iPhone models had wait times in China of two to three weeks in September. Delivery times for devices can give an indication of consumer demand.

Leading Apple analyst Ming-Chi Kuo said in September that he expected Chinese demand for the new iPhones to beat expectations.

"The demand for iPhone 11 in the Chinese market is stronger than that in the U.S. market," Kuo said at the time.

Apple does not make an iPhone that can connect to 5G networks, the next-generation mobile networks that promise super-fast data speeds with the ability to support technologies like self-driving cars.

5G networks are slowly being rolled out around the world and in China they are slated to come online as early as this year.

Source: Read Full Article
Posted by BestNewsMedia at 6:31 AM