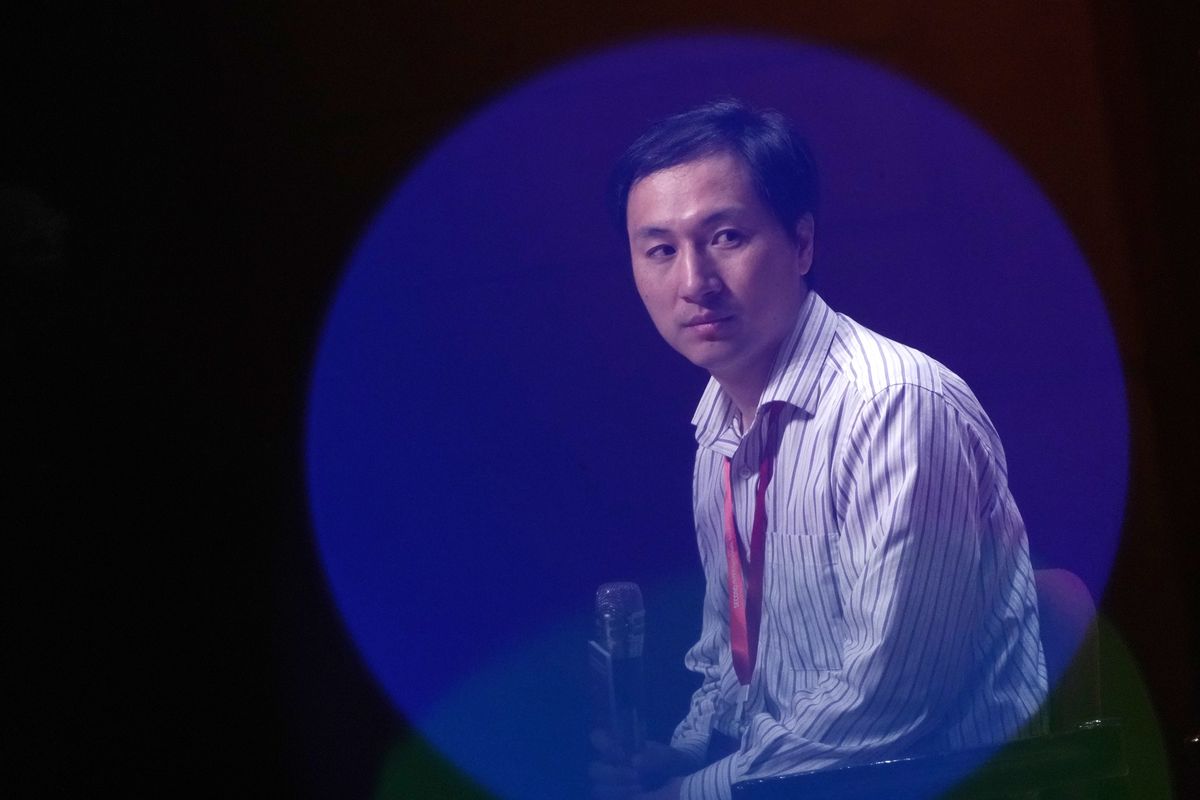 The Chinese scientist who created the world’s first genetically altered babies has been sentenced to three years in prison and a lifelong ban from working in reproductive technology, state media reported on Monday.

He Jiankui, a Shenzhen researcher who drew widespread condemnation when he revealed his experiment last year, will also have to pay a 3 million yuan ($430,000) fine, said areport from Xinhua News Agency, citing the verdict of a court in the southern Chinese city.

The verdict is China’s first public statement on the fate of He, who disappeared from public view after his 2018 experiment sparked a global backlash. His work to edit the genes of embryos to make babies who are resistant to the virus that causes AIDS was sharply critiqued by the international scientific community as an abuse of new gene-engineering methods that are still not fully understood.

He’s experiment — which took place in near secrecy and was revealed only after twin baby girls were born — also ignited concern that China is not properly regulating its ambitious researchers in its push to become a global leader in science and medicine.

The Xinhua report said that in He’s experiment, for which he recruited couples with HIV who did not want to pass the disease to their offspring, two women became pregnant and three gene-edited babies were born. The trial proceedings were not made public to protect the identities of the children and their parents, said Xinhua.

The court found that He and the two others had forged ethical review documents and used “impersonating and concealing tactics” on unsuspecting doctors to complete their experiment, said the report.

In the wake of the controversy, Chinasaid earlier this year that it would more strictly control clinical trials involving gene-editing and other experimental life science technologies. Researchers will now require approval from the highest level of government before they can do such work.

— With assistance by Jinshan Hong

Source: Read Full Article
Posted by BestNewsMedia at 1:10 AM

Email ThisBlogThis!Share to TwitterShare to FacebookShare to Pinterest
Labels: B, Chinese, Edited, Scientist, Who