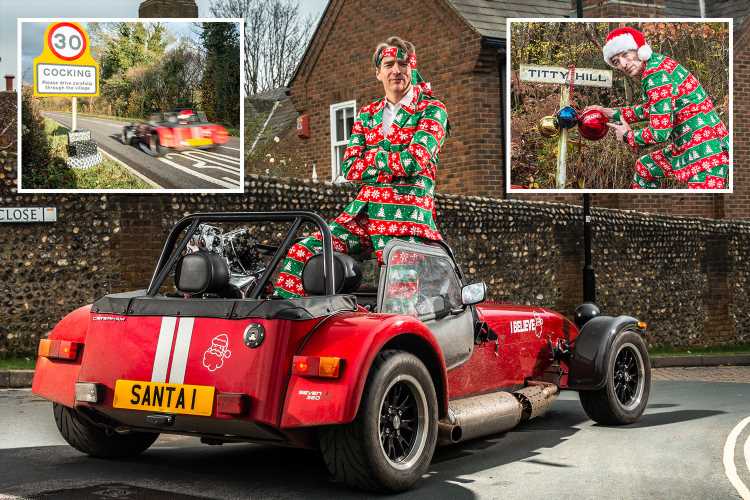 BRITAIN is littered with rude road names at odds with our woke times. 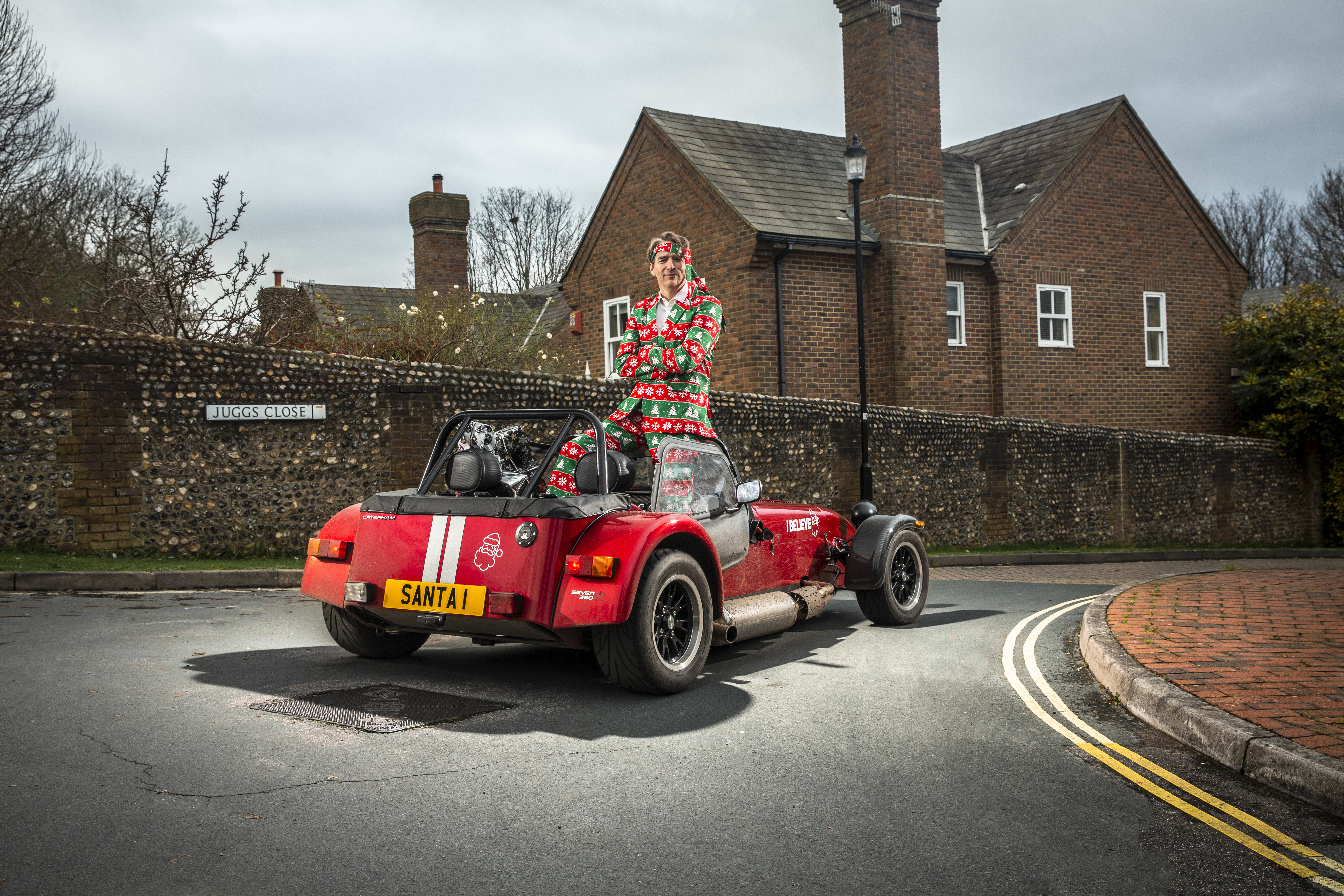 But can you imagine the upset they must cause snowflakes? It’s enough to make them vomit keema all over their vegan shoes.

So before these poor little lambs try to censor our smutty streets — as surely they will — we thought we’d celebrate them while we can and do a dummy run for Santa.

Even the big fella must have a good laugh when he’s delivering a train set to little Jimmy in BUTTHOLE LANE.

So what’s the closest thing to Santa’s sleigh? 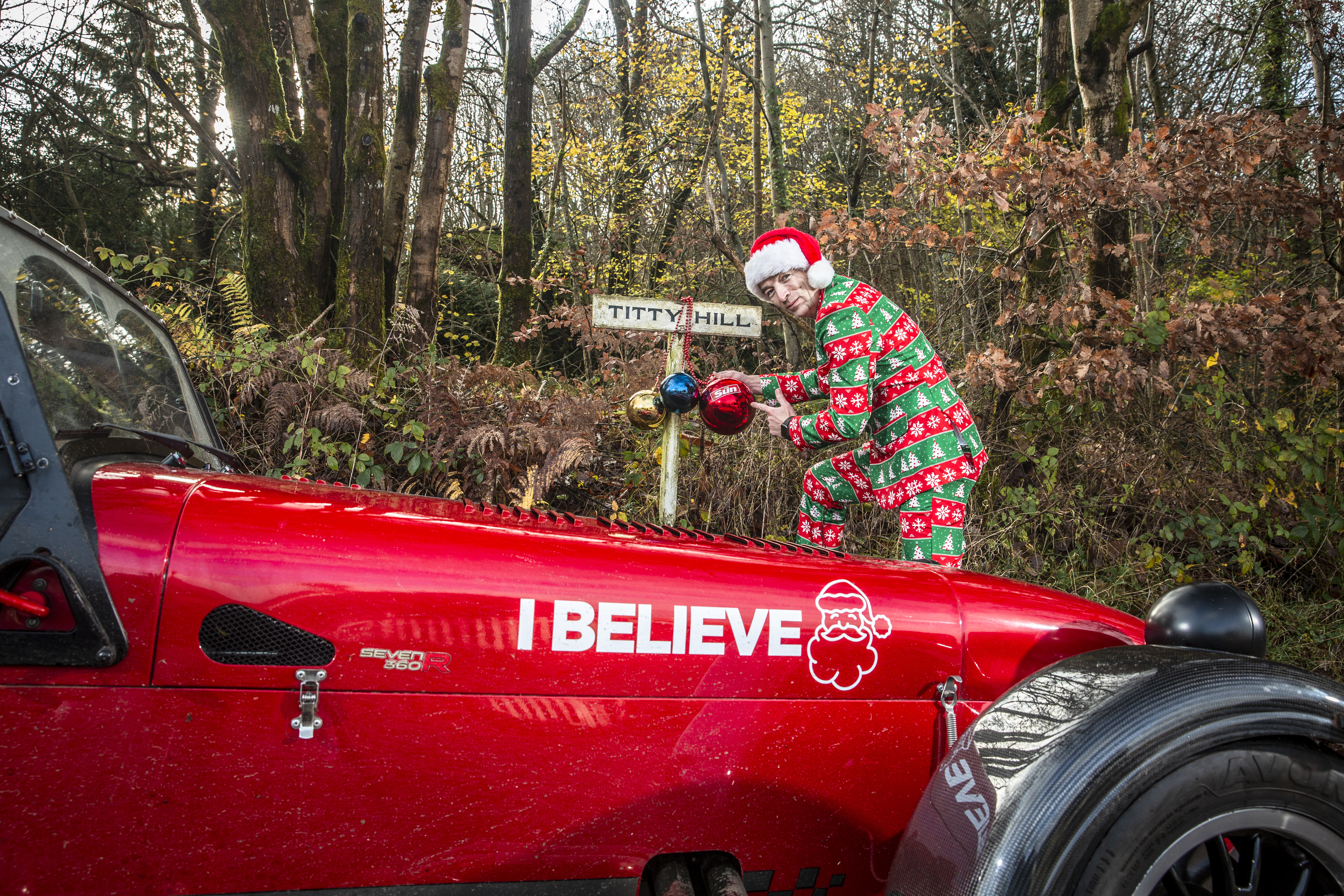 That’d be a red Caterham Seven with no mod cons or airbags, just flimsy doors and headroom of about 62 miles.

First stop, BEAVER CLOSE in Horsham where a yummy mummy pulled up in her black Range Rover Evoque to ask if we were collecting charity gifts.

No, luv, but I’d happily take your phone number.

We struggled to find a sign for TITTY HILL — apparently it keeps getting stolen and the council is fed-up of replacing it.

Now I must confess this is not the car I’d choose for dicing with HGVs on the A27. And it doesn’t much like town centre speed humps, either.

But put this dollop of British eccentricity in its natural habitat — on a B-road — and it is bloody wonderful. Intoxicating. But cold.

There’s something to be said about watching the front wheels turn in rhythm with the road. Then there’s the engine. It sounds the nuts. 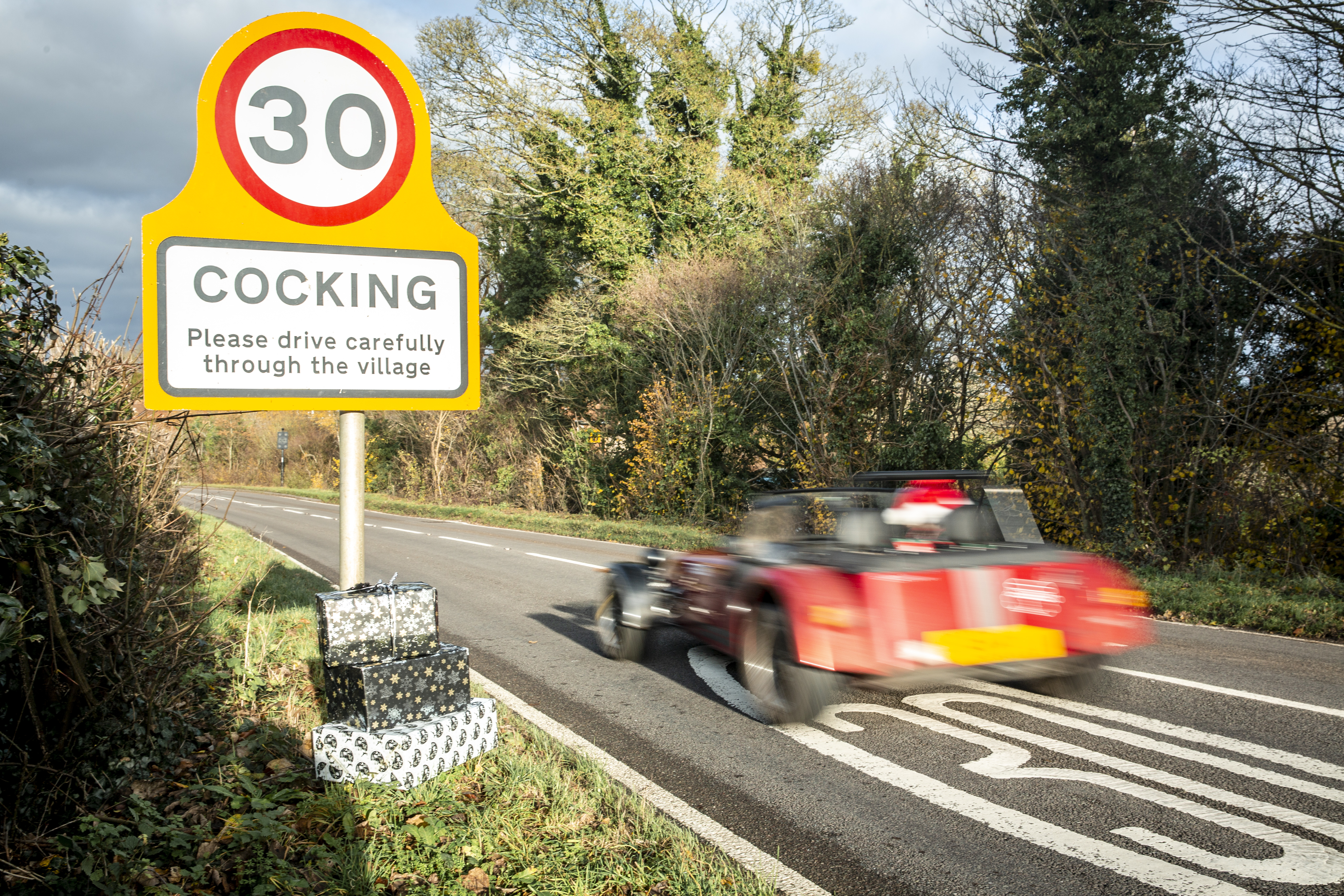 This 360R is powered by a 2-litre naturally-aspirated Ford Duratec engine that sends 180bhp to the rears via a five-speed manual.

Trust me, for a car weighing little more than a chocolate selection box, that’s plenty. It’ll bang out the 0-60mph sprint in 4.8 seconds.

The other beautiful thing about a Caterham is that you can save a few quid by getting the spanners out and building your own.

But be warned: The extras soon add up. This test car was fitted with £11,000 of options including windscreen and vinyl hood. Yes, the windscreen is an option.

You’ll definitely want the R pack which adds limited slip differential, sports suspension and Momo steering wheel. As my old girl would say, if you’re gonna be a bear, be a grizzly.

Email ThisBlogThis!Share to TwitterShare to FacebookShare to Pinterest
Labels: at, Beav, for, Go, Hill, left, Titty