Huawei Sues the F.C.C., Ramping Up Fight With Critics and Foes 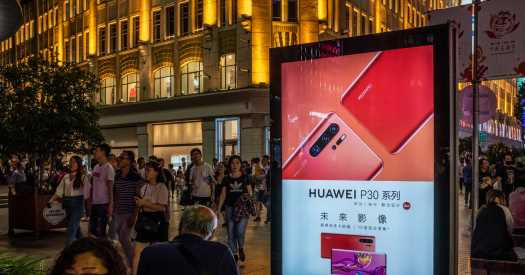 SHENZHEN, China — Huawei, the Chinese technology powerhouse, is suing the Federal Communications Commission for choking off its sales in the United States, the latest in the besieged company’s widening efforts to hit back at regulators and critics across the globe.

The F.C.C. voted last month to bar American telecommunications companies from using federal subsidies to buy equipment from Huawei and another Chinese supplier, ZTE. Washington considers both firms to be national security risks.

Large wireless providers such as Verizon and AT&T have long shunned the companies’ gear. But carriers in remote, rural parts of the United States have depended on it for years. The F.C.C. rule could force them to find pricier replacements.

“The F.C.C. claims that Huawei is a security threat. But F.C.C. Chairman Ajit Pai has not provided any evidence,” Song Liuping, Huawei’s chief legal officer, said during a news conference on Thursday at the company’s headquarters in the southern Chinese city of Shenzhen.

“This is a common trend in Washington these days,” Mr. Song said. “The F.C.C.’s order violates the Constitution, and we have no choice but to seek legal remedy.”

The Trump administration has led an all-out effort to keep Huawei, the world’s largest supplier of telecom equipment, out of wireless networks in the United States and globally. American officials believe the Chinese government could use the company for espionage, an accusation the firm denies. Washington’s clampdown on Huawei has become a sticking point in trade talks with Beijing, which is demanding clemency for one of China’s leading corporate champions.

Huawei already sued the United States government earlier this year, challenging a spending law that blocked federal agencies from doing business with it. The company has also increased its lobbying activities in Washington and filed defamation complaints in France against a researcher who suggested the company was state-controlled.

For Huawei, suing the F.C.C. lends heft to its protestations that Washington is treating it unfairly, said Julian Ku, a professor of law at Hofstra University.

“They want to show their customers in the U.S. that they’re a serious company, that they’re not an outlaw,” he said. “Even a small victory in the case, one that makes the F.C.C. go and start the process over again, would be a huge victory for them.”

Huawei filed its petition for review in the United States Court of Appeals for the Fifth Circuit, which covers the region that includes Huawei’s American headquarters in Plano, Texas. The company asked the court to hold the F.C.C.’s order unlawful because the commission did not offer it due process protections before designating it a security threat.

“Carriers across rural America — in small towns in Montana, Kentucky, and farmers in Wyoming — they choose to work with Huawei because they respect the quality and integrity of our equipment,” Mr. Song said.

Huawei is embarking upon this new legal battle at a moment when, despite the onslaught from Washington and apprehension in other world capitals, the company’s fortunes appear to be looking up.

The Commerce Department has begun allowing some American suppliers to resume selling parts and other technology to Huawei. Earlier this year the department had barred such sales without prior approval. Huawei’s business has remained steady over all, thanks to brisk sales of its smartphones and telecom equipment back home in China.

Throughout the rest of the world, the company has been supercharging its efforts to court the sympathies of the public and of governments. Hundreds of journalists have been invited to visit Huawei’s campuses. The company’s founder and chief executive, Ren Zhengfei, has given interview after interview in which he assures the world that neither he nor his firm has anything to hide.

In Washington, Huawei has spent $1.9 million on lobbying so far this year, according to federal disclosures, dwarfing its past totals.

But the company has also lashed out against people who sully its image. In August, a Huawei lawyer sent The Wall Street Journal a letter saying that an article about the company’s activities in Africa contained “false and defamatory statements.” A Journal spokeswoman said the paper stood by its reporting.

Huawei has also filed libel complaints in France against a researcher, Valérie Niquet of the Foundation for Strategic Research, a think tank in Paris. On a television talk show in February, Ms. Niquet said that Huawei was ultimately controlled by the Chinese government.

In China, she said, “there is no company that is truly capitalist in the sense that we understand it.”

After Huawei’s complaint against Ms. Niquet came to light last month, the Foundation for Strategic Research said it supported its researchers’ right to free expression. French officials said recently that the nation would not follow the United States in barring Huawei from its telecom networks.

In a telephone interview this week, Ms. Niquet said she was surprised when she received notice, in September, of the company’s legal complaints against her. “There is such a disproportion between a researcher and a mighty company such as Huawei,” she said.

Since then, she has avoided traveling to China, she said. But, she added, “I will go on working on China, as I have for decades now.”