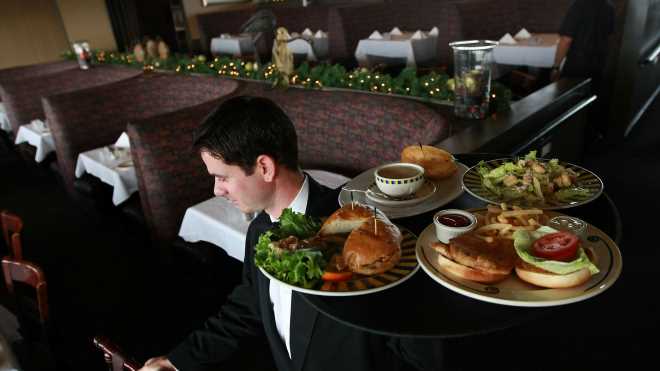 A Danish company that has been on a four-year mission to stamp out food waste in Europe is about to target a country that beats nearly all others when it comes to unloved leftovers.

Copenhagen-based Too Good To Go, which connects users of its app with restaurants and shops that sell unsold food for a third of the price, is understood to be ready to expand into the U.S.

The startup claims to have saved 28.6 million meals through over 36,941 partnerships and 18.5 million downloads for its app. It currently operates in 14 European countries and Chief Executive Mette Lykke views the “bin” or trash can as the company’s biggest competitor.

“We think the U.S. and North America is the best fit because so much food is wasted in the U.S.,” Lykke told MarketWatch recently. She quoted an oft-cited U.S. Department of Agriculture statistic—that 30% to 40% of all American food supply goes uneaten. That is versus 10% in Europe, likely because portions are smaller and more cooking is done at home, she said.

The global fight to reduce food waste is considered a crucial one, given it is a big source of climate-damaging methane gases. The United Nations has estimated that food loss and waste account for about 4.4 gigatons of greenhouse gas emissions annually, with North America near the top.

“There are some interesting aspects of the culture, for example, Americans have the doggy bag in restaurants,” in contrast to European countries that have less affinity for that take-home bag of food, Lykke said. The company is expected to announce plans to gather a team and launch later this year in New York City, the home of anything you might ever want to eat.

Across Europe, France has stood out as a success story for the app, said Lykke. Bakeries, grocery stories and local Starbucks SBUX, +1.86% cafes all offer leftovers. Other partnerships include Canada-based Tim Hortons, operated by Restaurant Brands International QSR, +0.66%QSR, +0.66%, which offers cut-rate doughnuts in places like Madrid.

The app has sent users flocking to Poland-based Starbucks chains, according to Mateusz Sielecki, Starbucks President at AmRest Holdings EAT, +0.56%EAT, +1.35%, which runs the franchise. Now the Polish app’s most popular partner, Sielecki told MarketWatch it has saved more than 5,000 bags of leftovers since joining in October 2019.

“Poles are increasingly aware of the condition of the environment and are trying to change habits and take practical measures,” said Sielecki, who estimates to have cut carbon dioxide (CO2) emissions by more than 14 tons. Poland is Europe’s fifth-biggest producer of food waste, according to Eurostat.

Crossing the Atlantic, the app will be facing some American competition, though, such as Food For All, which connects customers to restaurant discounts in Boston and New York City, and GoMkt in New York.

Lykke said for partners, the sell is simply that they help save food and the planet, and 17 million users are putting “eyeballs on your brand. The positive association gets new consumers in the door.”

Source: Read Full Article
Posted by BestNewsMedia at 7:11 AM