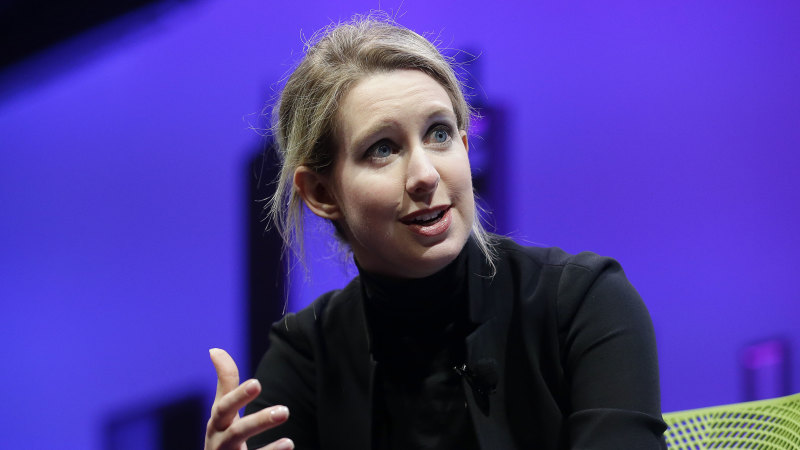 San Diego life sciences executive Jeff Hawkins is trying to bring credibility back to a field rocked by scandal.

A former Illumina vice president, Hawkins heads startup Truvian Sciences. The five-year-old company is developing a compact blood testing machine that promises to deliver 40 standard health and wellness screening results in about 20 minutes, compared with up to a week turnaround time for similar tests processed at centralised labs. 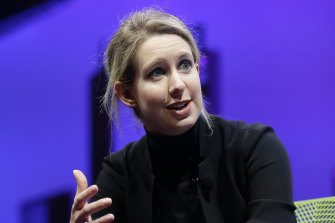 The desktop device, which targets retail health clinics such as those popping up in shopping centres, medical offices and corporate wellness centres, also requires less blood than is commonly drawn for tests sent to large labs. And Truvian expects prices to be significantly lower as well.

The company's technology is still in development. While experts say Truvian is well prepared to meet accuracy and precision targets on its machines, it hasn't proven its devices work yet.

And there is plenty of scepticism around desktop blood testing. Truvian's business model is similar to that of Theranos, the notorious Silicon Valley firm that promised more than 200 tests with just a finger prick of blood.

Theranos raised $US400 million ($590 million) from investors and was valued at more than $US9 billion. But its technology claims were fiction. Theranos collapsed in 2018 after three years of scandal. Founder Elizabeth Holmes was charged with criminal fraud for misleading investors. A book, podcast and HBO documentary chronicled its epic downfall.

In addition, cautious retailers now demand US Food and Drug Administration approval before even considering bringing compact blood testing equipment into their stores, said Hawkins. Theranos rolled out popular direct-to-consumer blood testing centres in some pharmacy outlets in the US state of Arizona without regulatory approval. There were several reports of inaccurate results.

Truvian is attempting to break through the scepticism by being as transparent as possible about its technology, pursuing regulatory approval, teaming with top medical laboratory leaders to validate the science, and setting a high bar for test accuracy.

"We want to make sure our instrument gives you a result that is of the same quality as the result you would get if your blood is sent off to a central lab," said Hawkins. "The core tenant of what we did was say how do we deliver the speed, convenience and lower blood volume but also offer that really high-quality result."

The message is getting through. Last month, Truvian moved into a new 11,000 square metre headquarters in San Diego on the heels of raising $US27.1 million in a second round of venture capital funding.

Truvian aims to tap into two trends: consumers demanding more direct access and control of their health and retailers, pharmacies and corporations offering outpatient health/wellness services for customers and employees.

In theory, these retail and workplace clinics provide convenience and lower-cost health care, particularly for people with minor illnesses. They can get checked without going to a hospital. Having fast, relatively easy blood diagnostics at stores or workplaces help outpatient health providers determine if a couple of Tylenol and rest is enough, or if something more serious requires a visit to a doctor.

"One thing Theranos did, which is probably why there are even investors around, is open up a lot of people's eyes to this market opportunity," said Hawkins. "If you could build a platform like this and deliver it, these large retailers and corporate clinics would engage in diagnostics."

The company employs 50 workers and expects to hire approximately 30 more this year. It plans to deliver beta test machines to independent labs later this year ahead of seeking US regulatory approval by year-end. The company also will seek approvals in Europe.

"They reached out to me and a number of other people who are in the regulatory pathway and are deep believers in it," said Kelly Bethel, a staff physician at Scripps Clinical Medicine Group and a Truvian adviser.

Truvian's device resembles a squat desktop computer. It uses optical sensing systems to deliver clinical chemistries, immunoassays and hematology all in one instrument. As part of its platform, Truvian can deliver blood test results to mobile phones.

Its initial panel would target standard wellness markers such as cholesterol and glucose levels, complete blood cell count, as well as thyroid, kidney and liver functions.

Today, most blood samples are processed at centralised labs such as Quest Diagnostics or LabCorp. using large, expensive machines, said Hawkins. The esoteric results typically come back no sooner than four hours, often the next day, and sometimes take a week.

Getting blood test readouts in less than an hour enables "a lot more coherent discussion" between health providers and patients, said Bethel.

"It is just much better if the physician or provider and the patient can have those numbers in front of them," she said. "They can say, this one is completely fine and normal, but this other one is a little high. I want you to do something to address that."

Pathology Professor Jerry Yeo, a clinical chemist for 32 years who is currently at the University of Chicago, knew Hawkins from his time at Illumina. Yeo was an early skeptic of Theranos. So Hawkins invited him to San Diego to look at Truvian's work and become an adviser.

"I told Jeff, after the Theranos fiasco, anybody like me is going to say show me the data," said Yeo. "I need to see how the technology works. I need to smell the box and touch the box."

Yeo said he found Truvian's efforts to date credible for the market niche the company is pursuing. He said Truvian scientists were willing to show preliminary data from a prototype. Yeo expects to be one of the first labs to test the Truvian's beta machines.

"Everyone is more septical now," he said. "Everybody's antenna is up. So you better be able to show it, publish it and test it by a third party independent lab, not just you. I think they are trying to do all those things."

The global market for blood diagnostics tops $US60 billion annually. According to Hawkins, nobody today is doing immunoassays, blood chemistries and hematology on one desktop machine – though some startups have compact machines that focus on a particular category, such as chemistries to measure blood glucose.

"It's a big market," said Hawkins. "I have been around diagnostics enough to know that if we succeed, that will give confidence to others that they could succeed. But I think multiple companies can survive in this market."