Tucker Carlson: Schiff takes his star turn at Trump's impeachment trial -and CNN and MSNBC are deep in bliss 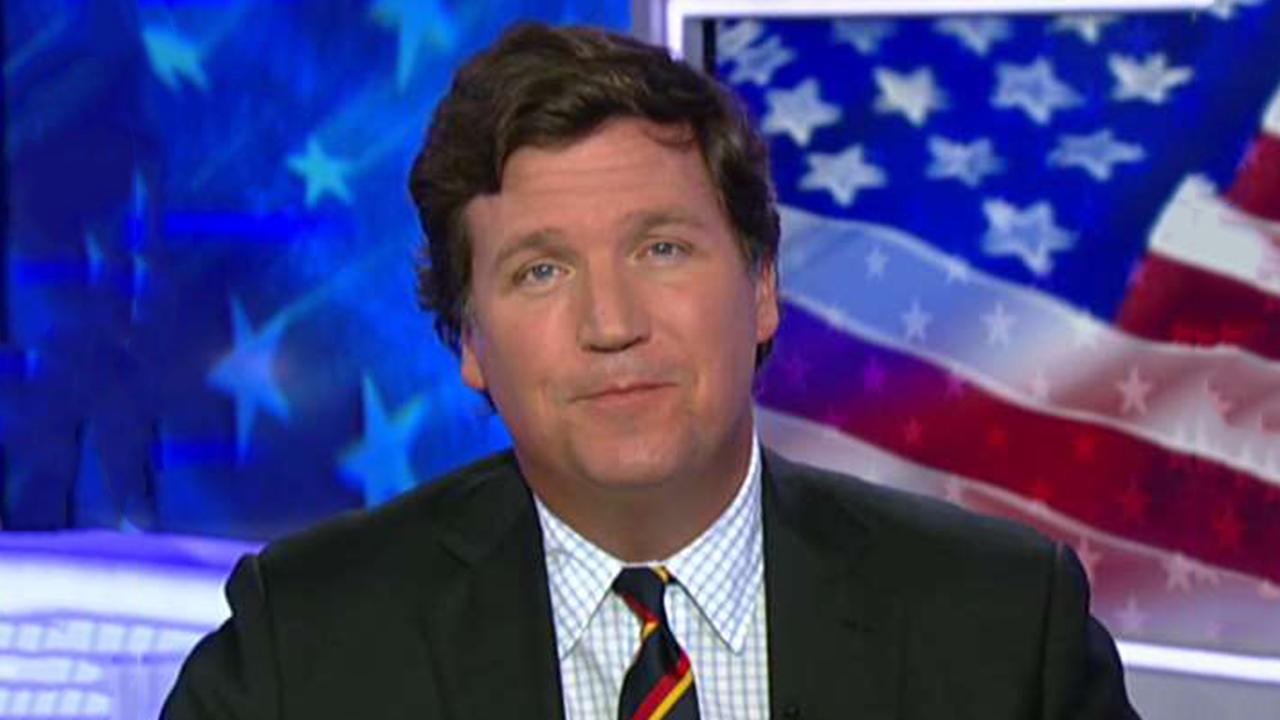 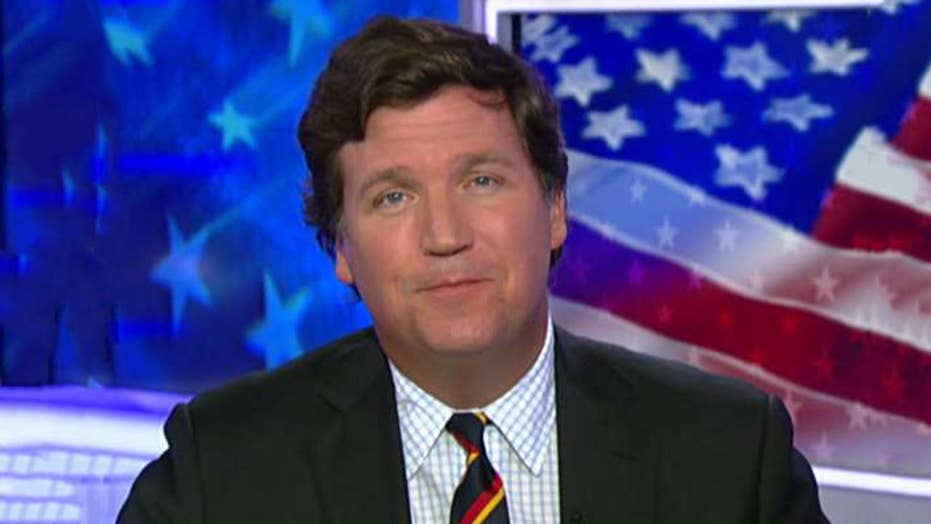 Tucker: Schiff relishes his turn in the spotlight

Imagine a movie written and directed by children whose ending you already know. And by the way, it's 20 hours long, in Hungarian, with misspelled subtitles.

That's what watching President Trump's Senate impeachment trial is like. We've been monitoring it anyway all day because that's what we do. The star of the proceedings Wednesday was Congressman Adam Schiff, fittingly of Burbank, Calif.

Schiff, who, sources say, had not a single friend in high school, has been relishing his recent turn in the spotlight. He seems to have taken a break from his Joe McCarthy impression, in which he repeatedly denounced his political opponents as agents of the Russian government.

And he is now trying a new role, as a tough, but lovable, dean of students. Schiff spent the entire day delivering a lecture about the perils of cheating, like America was suddenly the world's largest middle school.

To cheat in an election for precisely this reason.

Helping him cheat in the next election.

To cheat in our election – should we just get over it?

It's kind of cheating, really, if we're going to be honest about it and blatant about it, it's cheating.

In other words, to cheat.

"Keep your eyes on your own paper, class."

But Schiff didn't stay in character for long. At one point, he seemed to switch abruptly from Mr. Chips to Dr. Strangelove.

The United States, Schiff explained to the 19 viewers who were still watching, confused, " aids Ukraine and her people so that we can fight Russia over there, and we don't have to fight Russia here."

Huh? Wait a second, whoever said anything about fighting Russia, much less "over here"? Is Putin planning to invade the homeland? Is Milwaukee safe? Do unseen Slavic saboteurs move among us? What does Adam Schiff know about World War III that the rest of us don't know?

Well, unfortunately, no one on CNN or MSNBC thought to ask him that. They were too deep in bliss.

To the mouth breathers on cable television, Adam Schiff's speech is like a brainstem massage. Surging waves of ecstasy flood the central nervous system; linear thought ceases. All that's left are satisfied grunts of pleasure.

Is Putin planning to invade the homeland? Is Milwaukee safe? Do unseen Slavic saboteurs move among us? What does Adam Schiff know about World War III that the rest of us don’t know?

Wolf Blitzer, CNN anchor: A very, very powerful and forceful speech, almost two and a half hours by Adam Schiff.

George Conway, attorney and husband of Kellyanne Conway, counselor to President Trump: It was a very coherent, cohesive narrative, something that the White House doesn't have.

Andrew Weissmann, MSNBC legal analyst: This was a speech really aimed at the better angels, and I think Adam Schiff did a really great job.

Blitzer: What did you think of the presentation by the lead House Manager, Adam Schiff?

Jeffrey Toobin, CNN legal analyst: I thought it was dazzling.

We want to apologize to any viewers under 18 who may have just watched that. It was obviously pornographic and not suitable for children.

And while we're at it, another apology of sorts. Viewers of the show Tuesday night had to endure an exceedingly long speech by Congressman Hakeem Jeffries of New York, who is a so-called "impeachment manager."

Now, judging by his title, you might imagine Mr. Jeffries is some sort of statesman, an august figure in the political realm. Not so. In fact, he's a joke. And not only that but a race-baiter.

Rep. Hakeem Jeffries, D-N.Y.: The president of the United States chose to pull the sheets off and reveal himself in terms of his tendency to be a racial arsonist, fanned the flames of hatred.

Accepting assistance from a hostile foreign power like Russia is treasonous behavior.

The president of the United States is a dangerous con artist.

It seems that the Trump campaign conspired with Russian spies to sell out our democracy.

We do know that every racist in America voted for Donald Trump.

We have a hater in the White House.

The Grand Wizard of 1600 Pennsylvania Avenue.

Now, wait a second. So the president is not only a Klansman but also an active Russian spy. That's quite a combination.

Under normal circumstances, a claim like that by a sitting member of Congress would be headline news. But as it was, nobody seemed to notice. It's normal now. They're all inflamed extremists. They will say absolutely anything.

Here's Mazie Hirono, for example, who's an actual sitting U.S. senator from Hawaii, telling you it's ludicrous — maybe even a sign of mental illness — to believe that impeachment has been in the works since 2016.

Sen. Mazie Hirono, D-Hawaii: They're still saying that we were out to get the president from day one — some kind of a weird conspiracy theory that I have to say. Even [Supreme Court Justice Brett ] Kavanaugh brought out this. Do you really believe this stuff? I find it incredible.

Yes, it's incredible. It's just a weird conspiracy theory, just like when people said the federal food pyramid was backward and carbs didn't really make you thin. Or those wackos who claimed that Iraq had no weapons of mass destruction. Or for that matter, that UFOs were real.

Just pure insanity like that. Impeachment in the works for years? You'd have to be a nut to believe that.

Well, unfortunately, nobody passed those talking points to Democrat Al Green, soo he just went ahead and admitted it in an interview.

Rep. Al Green, D-Texas: Well, the genesis of impeachment, to be very candid with you, was when the president was running for office.

Oops, somebody accidentally told the truth. Don't worry, it won't happen again. But you've got to love a man who talks with his eyes closed.

Source: Read Full Article
Posted by BestNewsMedia at 8:32 AM