5G revolution will change life and technology forever… but at what cost? – The Sun 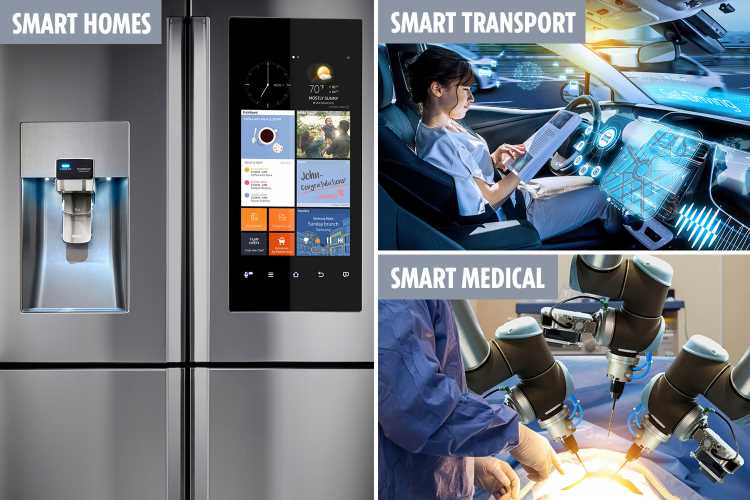 A CONTROVERSIAL new era in which reality and virtual reality will merge has arrived – and it is set to change all our lives.

This week MPs agreed to allow Chinese-owned Huawei to build part of the infrastructure for the UK’s switch to mega-fast 5G mobile internet. But the move to this always-on connectivity will not just have an impact on our phones. 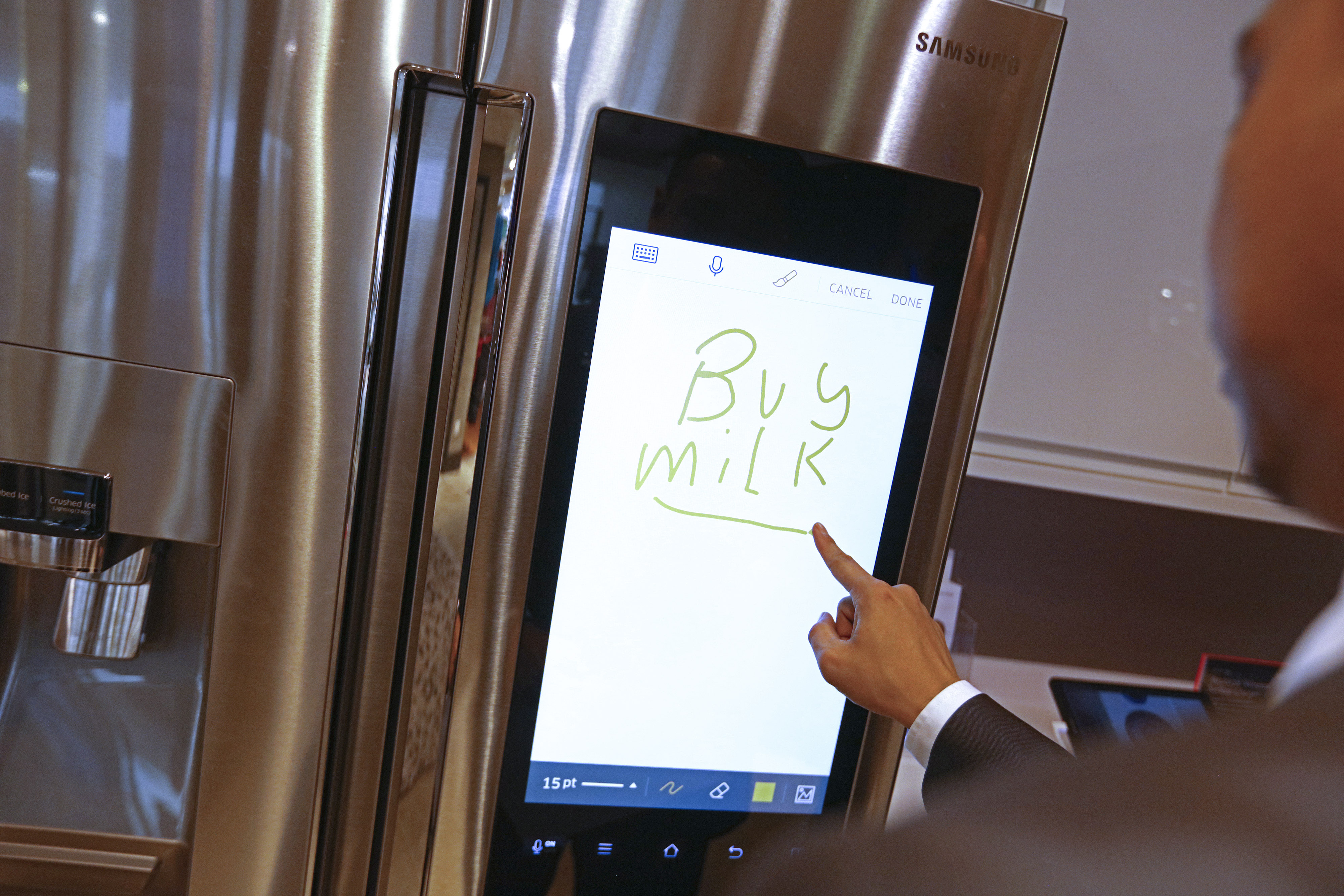 It will reshape our homes, transport and workplaces – and threatens the jobs of millions. New 5G-based technologies will control driverless cars, bring hologram phone calls and create an “extended reality”, where wearable tech will deliver a stream of data about ourselves and our surroundings.

The 5G network – available now in 45 cities and expected to go national within five years – is predicted to boost our economy by £120billion.

Trials in the US have shown it ­delivering speeds of up to 1,000 Mbps per second – more than 25 times the speed of 4G – potentially rising to 10Gbps.

One day soon you could be able to get a two-hour film on to your phone in 3.6 seconds. Experts are calling it the biggest tech innovation since the internet. But there is a downside too.

With artificial intelligence doing everything from checking in hotel guests to running robot factories, millions of jobs currently done by humans will disappear.
Here, GRAEME CULLIFORD reveals the exciting but scary impact the tech will have on our lives. 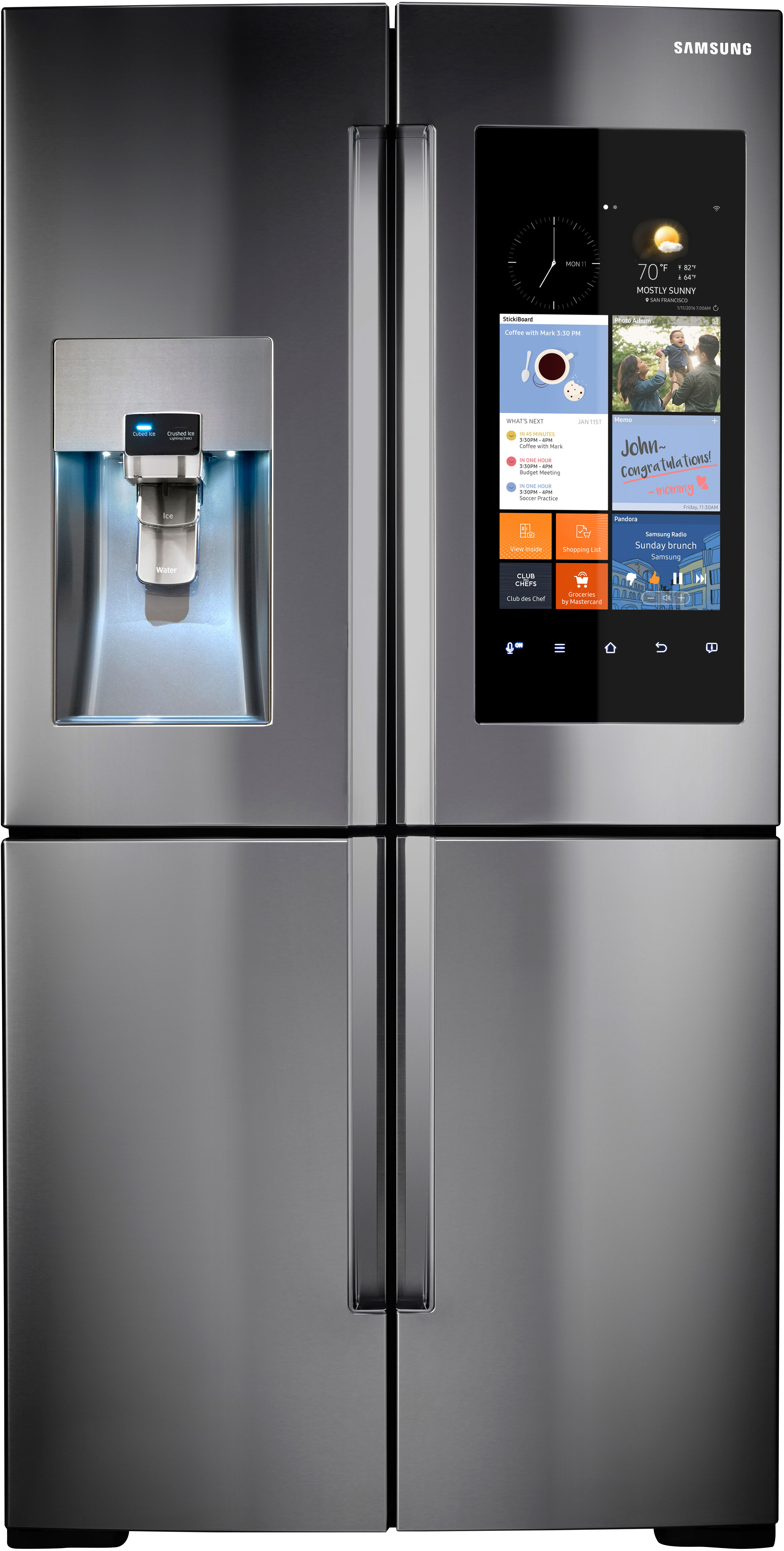 IN many cases our morning commute will be consigned to history, replaced by working remotely and using virtual reality and hologram calls to communicate with colleagues around the globe.
This new “Internet Of Things” – made possible by the super-fast new network – means machines will talk to each other autonomously without our involvement.

In the home, white goods such as washing machines will spot when they develop a fault and alert the company that made or sold them, maybe even before the fault occurs. Smart fridges will use sensors to figure out when we have run out of essentials and can then go on to the internet to order replacements.

In some supermarkets, smart shelves now interact with apps on a smartphone, with sensors installed in them flagging up deals, nutritional details and prices. Virtual reality devices using 5G will revolutionise our communications with relatives in faraway places, as we will be able to chat with them as holograms.

But the value of meeting people rather than the isolation of communicating remotely should not be underestimated. Augmented reality glasses using facial recognition scanners will identify friends and flash up their names on the lenses in case we have forgotten them. 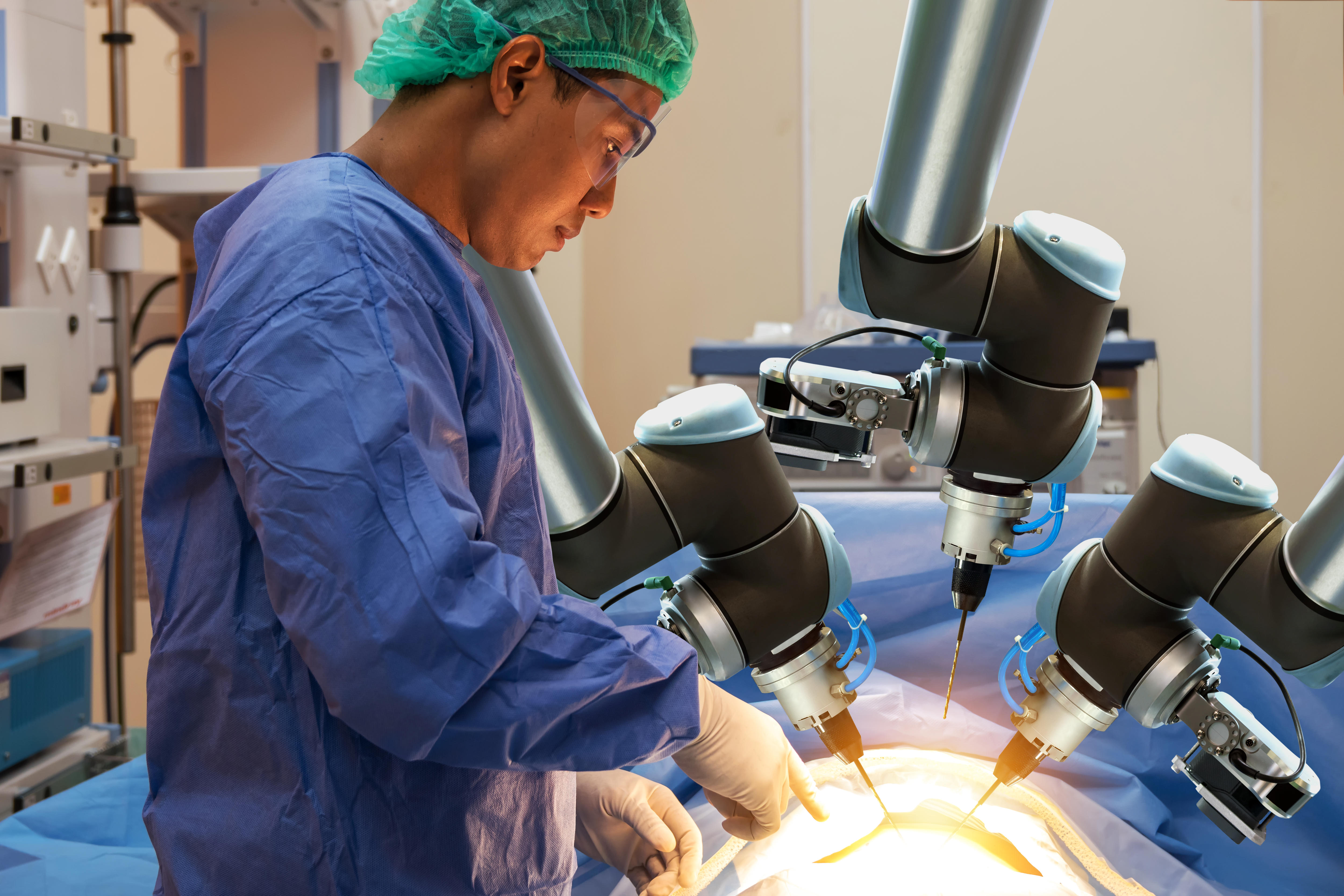 WEARABLE tech will monitor our bodies and tell doctors when something goes wrong with our health. It will also allow surgeons to perform operations remotely from thousands of miles away.

Less experienced medics will stitch wounds and make incisions under the expert instruction of a specialist working in a separate hospital – maybe even on another continent. This will ensure people get the best care without having to wait.

Prof Tafazolli said: “I think it will be some time before we see robots carrying out surgeries alone, because people will need to feel comfortable with the new technology."

“But 5G will allow patients to be treated in local hospitals, with specialists situated elsewhere overseeing the treatment through the internet.”

The changes will also transform how people are cared for, enabling the vulnerable who want to live in their own homes to continue to do so. Real-time remote monitoring of medication usage, food intake and exercise will connect the elderly to carers via seamless tele-health services.

Nurses will be able to track everything from sleep to blood pressure and insulin levels instantly. A major downside would be the loss of the personal touch and erosion of doctors’ in-depth knowledge of their long-standing patients.

A wonder, but at what cost?

WHILE these advances will be extra- ordinary, there is the human cost of robots taking over our jobs.
If you are a taxi driver, for instance, you are no doubt nervous about the creation of self-driving cars. But there are also positives to come as society reinvents itself. A huge number of new jobs will be created, particularly in the digital sector.
Humans will be freed from doing menial, repetitive tasks, giving us time to be more creative and pursue the things we are really interested in.
We are creative and can adapt as we need to, so I think most people will embrace and enjoy the huge changes. 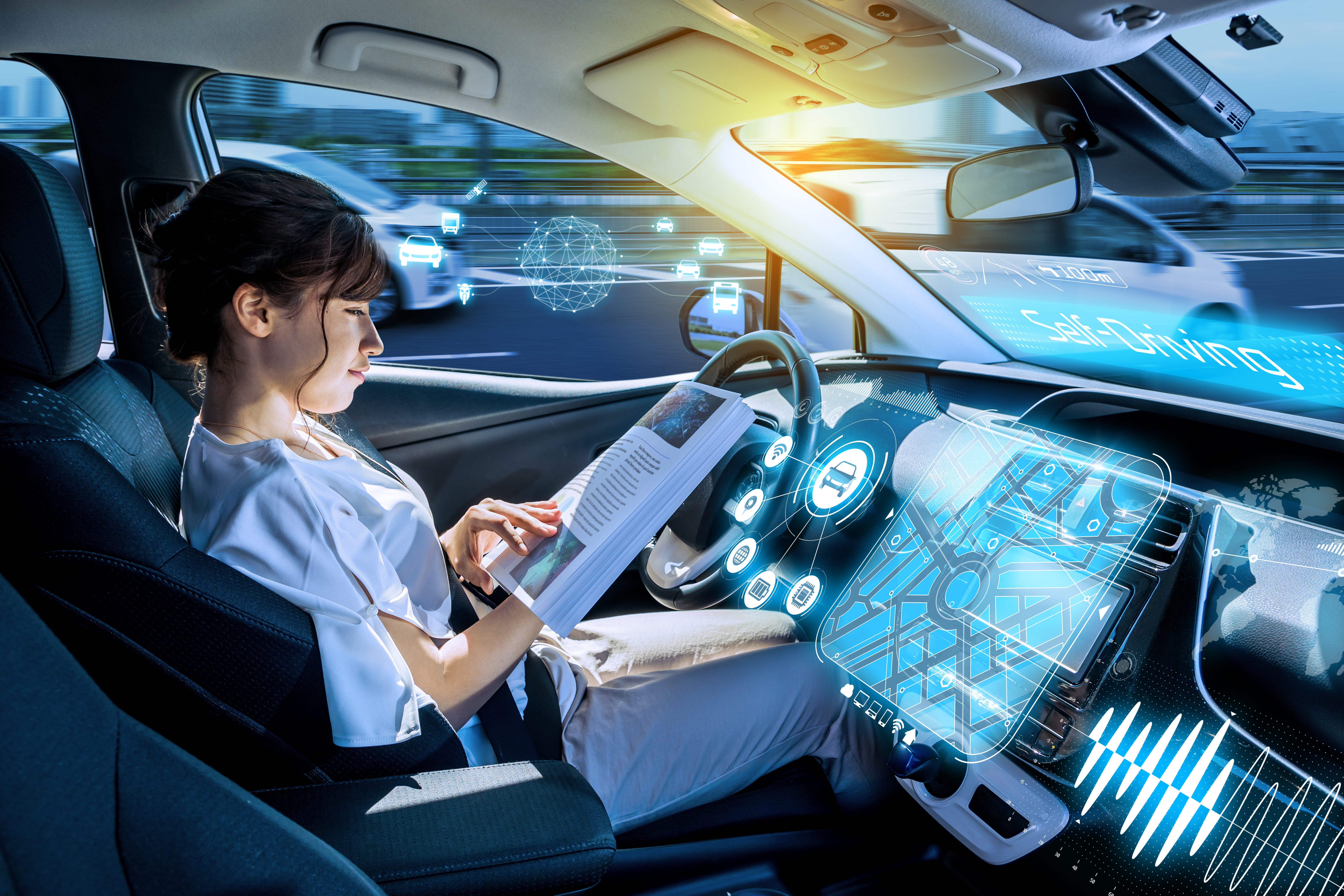 DRIVERLESS cars will become a reality with the “oxygen” of 5G. A super-fast, stable data network means cars will be able to “talk” to each other and to traffic lights, and will even be able to assist with navigation by working out if there is a jam ahead or if a pedestrian steps into the road.

Thousands of new phone masts will be attached to street lights as well as the cars themselves to allow this to happen. 5G will allow cars to re-route, avoid accidents and keep our streets safer as information and alerts ping back and forth.

The new tech also means that driverless drones will be used for home deliveries, including having a takeaway coffee carried to wherever you are. Flying drone deliveries will become part of everyday life, including whizzing round takeaways and parcels in cities and towns.

Uber Eats has already been testing this in conjunction with McDonald’s at San Diego State University. Delivery firm UPS is going down the drone path, too – heralding the beginning of the end of the delivery driver.

Prof Tafazolli said: “5G will allow cars to be controlled remotely or even drive themselves. It will stop accidents from happening as the vehicle will be able to spot dangers and respond accordingly, faster than a human can.

“Intelligent, assisted driving cars – where a person can take control but the computer helps to drive – are just around the corner. Fully autonomous cars and lorries will be a reality within ten years.” However, concerns have been raised about the possible long-term effects of electromagnetic radiation on humans, plants and animals from the resulting huge increase in 5G mast numbers. 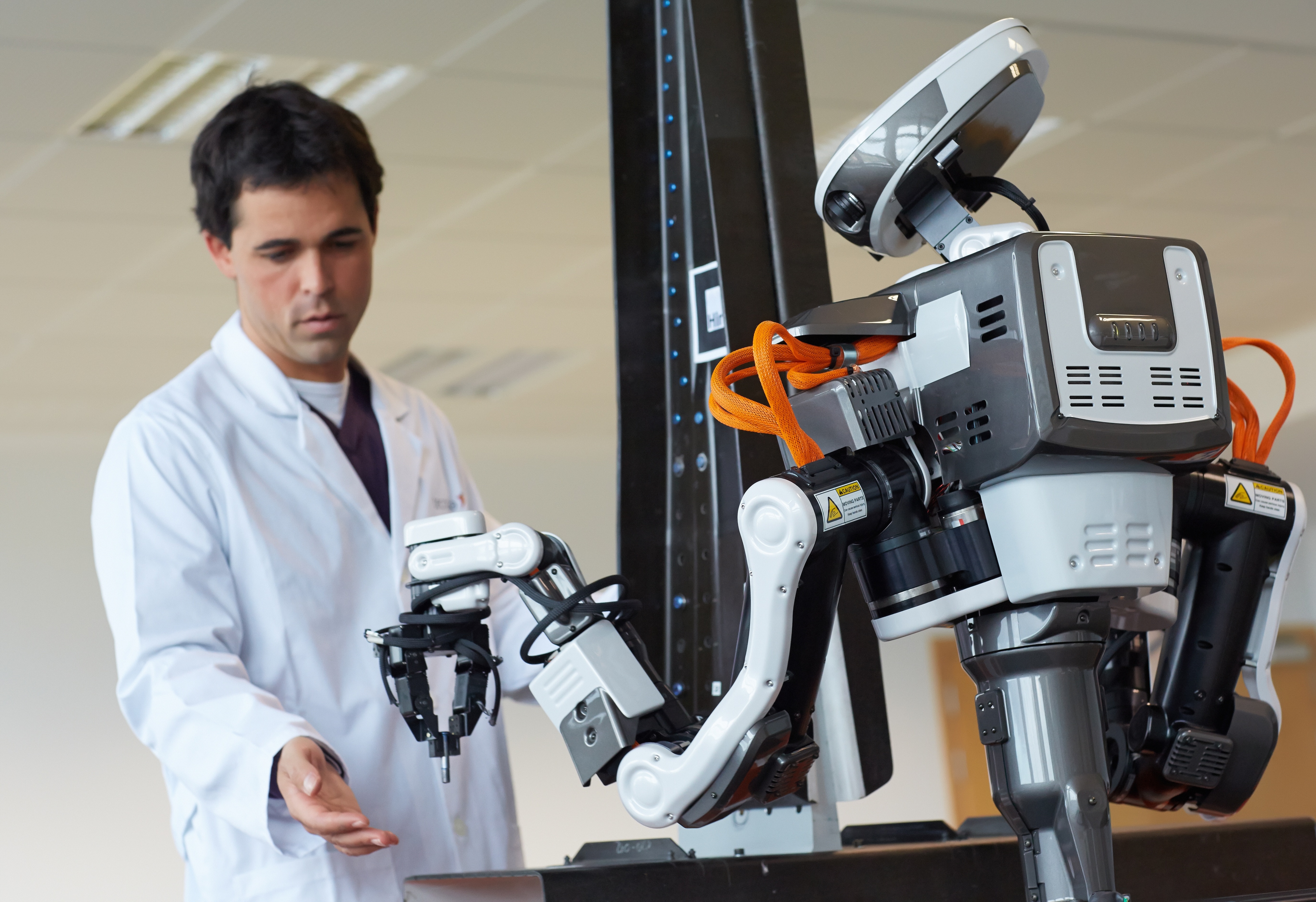 FROM Ex Machina to The Terminator, science fiction depicts factories run by robots and AI performing jobs – and while this is happening now, 5G could take it to a whole new level.

The high-speed network will help machines communicate so quickly and smoothly that they will be able to carry out jobs such as loading boxes or stitching clothes more efficiently than humans.

Experts say 5G will make industrial companies much more productive and efficient as they build an army of cyborgs which can pump out products in record time and with fewer mistakes.

But the cost of “smart factories” will come in human jobs – so it will change the very way we live, spelling the end of the nine-to-five work routine.

Those left without work would need to find new roles to ensure they can thrive financially and psychologically.

BRITAIN is leading the way with 5G and, with one of the biggest and fastest networks, UK firms can lead the way in creating gadgets and services that make the most of this game-changing tech.AI, wearable technology, holograms and driverless transport are just the tip of the iceberg. 5G means the UK has a much bigger chance of creating its own Facebook or Uber.
And it also means giants like Apple and Amazon will want to create and test new technology here.
Without Huawei, the UK would still get 5G but the rollout would be hugely delayed. But how fantastic that a lot of this new world will be coming from British brains.

Prof Tafazolli said: “Robots can work 24/7 and with this tech there will be fully automated factories so menial tasks can be given to them while humans can concentrate on more creative things.

“This will start to happen 18 months from now and I expect it will be commonplace in a few years, once the regulations governing it are in place. We will need to adjust to this new reality and some people might need to retrain, as positions become redundant."

“Making cars, for instance, has been around for about 100 years. The men and women who have been trained how to build them will probably be reluctant to hand over their tools to a robot.” 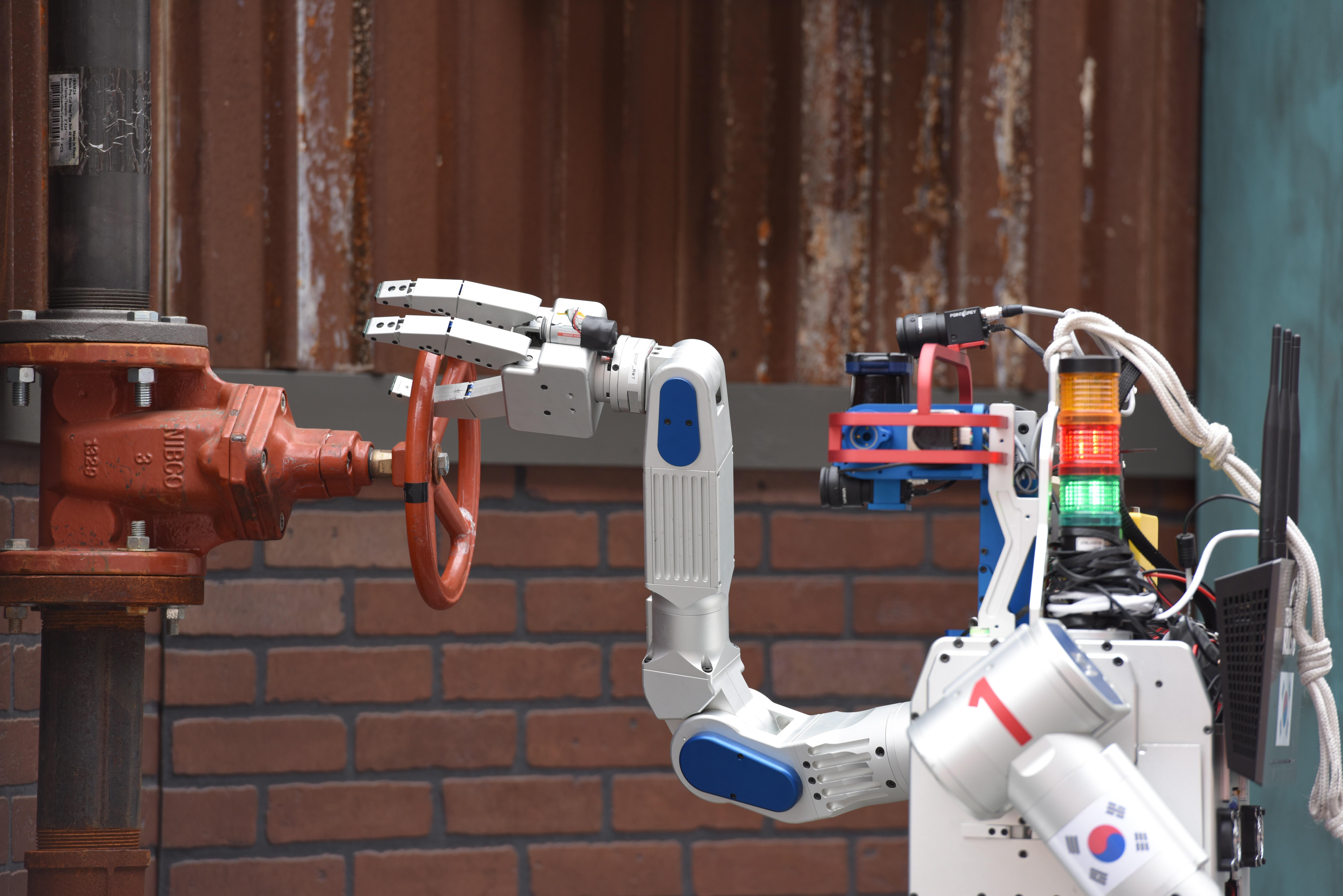