BHP tries to delay China shipments due to virus 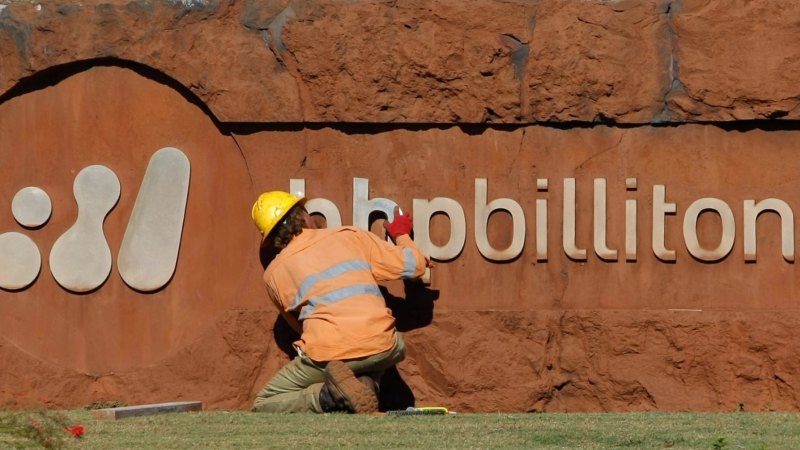 BHP Group is starting to feel the impact of the coronavirus on its business with the mining giant in talks with its Chinese customers to delay shipments of copper concentrate as plants are shutdown around the nation.

BHP confirmed on Sunday that it is working with its customers in China to stem the impact of the virus on its exports after importers in China were offered force majeure certificates by the country's international trade promotion agency.

BHP Billiton is working hard to offset any impacts of the deadly coronavirus after China granted its importers certificates to declare a force majeure. Credit:Reuters

In response, suppliers are considering giving buyers in China flexibility on deliveries to discourage them from declaring force majeure, offering them a way out of contractual obligations.

BHP declined to confirm it was offering side agreements with its customers when contacted by The Age and The Sydney Morning Herald on Sunday. A company spokeswoman said: "We are working closely with our copper customers as they return from Chinese new year". The company does not comment on individual customer arrangements and sources close the company said at this stage, there’s been no impact to our production and product flows.

In Chile, miners are already working with clients to defer cargoes, Bloomberg reported.

Fears that China's efforts to curb the fast-spreading coronavirus could disrupt supply chains and hurt demand for Australian resource commodities have driven falls in the share prices of the nation's heavily China-reliant miners including BHP, Rio Tinto and Fortescue.

Ports in China's biggest steel production region, Hubei province, a major destination for Australian shipments of the steelmaking material iron ore, have been shut in a bid to contain the virus.

Guangxi Nanguo Copper, a smelter in Southwest China, on Friday declared force majeure on copper concentrate shipments, according to reports.

There have also been concerns of China's state-owned gas importers could invoke force majeure on contracts for liquefied natural gas imports as demand deteriorates due to the coronavirus outbreak.

Over the weekend, French oil major Total rejected a force majeure notice from an LNG buyer in China, making it the first global energy supplier to push back publicly against a firm trying to back out of a contract amid the coronavirus outbreak.

Copper prices have fallen over the past two weeks in London as concerns rage the coronavirus will slow economic growth. On Friday the metal that is used in car manufacturing, construction and technological devices was trading at $US5652.50 ($8,444.59) a tonne, a fall of 1.07 per cent, or $US60.85.

The coronavirus has killed at least 805 people, according to fresh figures released on the weekend. The toll from coronavirus now exceeds the global outbreak of SARS that started in China almost two decades ago.

Source: Read Full Article
Posted by BestNewsMedia at 3:51 AM