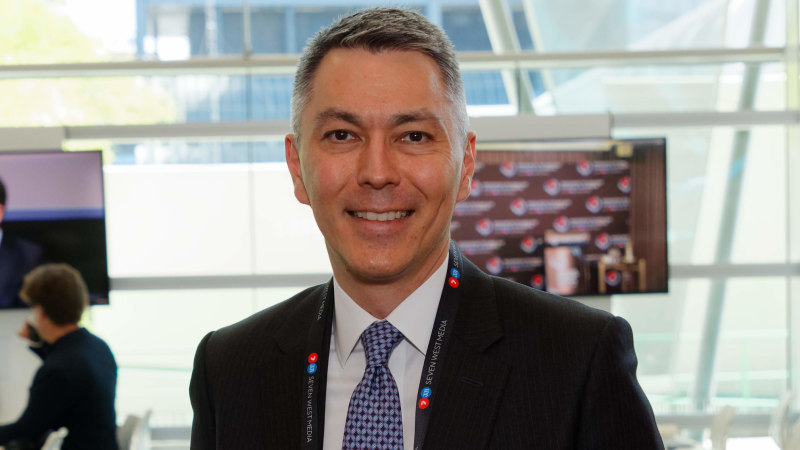 Given Andrew Mackenzie’s obsessive focus on productivity during his six and a half years at the helm of BHP, it is fitting that the results for the final six months unveiled by his successor were the cleanest and most productive of his tenure. 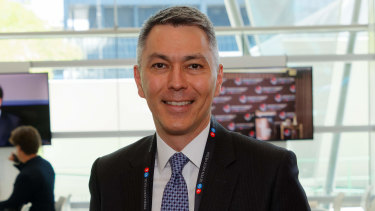 In an illustration of the disciplines imposed by the capital allocation framework developed by Mackenzie, his chairman Ken MacKenzie and chief financial officer Peter Beaven, BHP was able to top up its base 50 per cent dividend payout ratio, which amounted to $US2.7 billion, with an extra $US1.2 billion to produce the second-biggest ordinary dividend in its history. Almost all of that benefit from the higher prices was passed back to shareholders.

The results were presented by new chief executive Mike Henry, who made it clear the relentless focus on productivity and the discipline around capital usage would continue and intensify. He wants the group to be leaner and its operations more reliable, even higher-performing and safer.

That doesn’t mean BHP will be entirely introspective. Henry wants to shape the BHP portfolio around the long-term trend towards decarbonisation of the global economy.

He wants more copper and nickel in the portfolio, primarily from within the group’s existing resource base but also via exploration and, perhaps, an entry into potash where a decision on the giant Jansen project is due this year. He’s open to offers for the group’s thermal coal assets.

The only material exceptional item in the results –the $US778 million cost of cancelling power contracts at the Escondida copper project in Chile – will both lower ongoing energy costs and dramatically reduce the group’s carbon emissions as a key part of the group’s approach to a decarbonising economy. The impact on the Chilean operations is profound – a 60 per cent reduction in emissions – and the 15 per cent cut to BHP’s overall emissions very material.

There will also be more emphasis on technology in BHP’s operations and a shift towards a higher proportion of permanent employees to enable cultural change and an enhancement of the group’s capabilities.

Henry’s vision isn’t radical but, given the foundations that he has inherited – and for which he can take significant credit as the former head of BHP’s core Australian operations – it doesn’t need to be.

It’s more a case of doing the things that BHP already does well even better, a continuation of the trend Henry established impressively in the Australian operations where, remarkably, BHP has emerged as the lowest-cost of the major iron ore producers.

In the immediate future BHP, and its peers, will be impacted by the coronavirus. So far commodity prices have generally held up better than expected. While oil prices are down about 13 per cent since the year and copper nearly 6 per cent, iron ore has slipped only about 3 per cent and is still trading significantly above last year’s levels.

The BHP view is that if the virus can be contained by the end of the March quarter there will be a quick snap back in demand for its commodities, one potentially exaggerated by the inevitable stimulatory actions of China’s government. That is, of course, a major "if’’ and a query over what the second half of the financial year might bring.

With its balance sheet in good shape, with net debt of $US12.8 billion at the lower end of its target range of $US12 billion to $US17 billion and solid cash flows – almost $US7.5 billion of net cash flows in the December half and $US3.7 billion of free cash flows – the group is in as good a condition to ride out any challenges as it has been in the past decade.

Henry has a significant number of growth projects already in his pipeline for the first half of this decade so his impact on the nature of the portfolio will be the options he exercises to generate longer-term growth.

He wants to drive more volume from the existing resource bases and an increased exploration effort as well as from buying into early-stage developments, such as BHP’s investment in SolGold to gain exposure to what appears to be a very large copper deposit in Chile.

He’s never going to say never to the possibility of a major acquisition but, separate to the reality that there aren’t obvious targets that fit BHP’s post-South32 criteria of having a few tier one basin assets, he’s also conscious of the pitfalls BHP has experienced with its past acquisitions, most notably its ill-fated foray into the US onshore shale oil and gas sector.

It is also probably the case that a big acquisition at a premium would have difficulty getting through the BHP capital allocation framework that Henry is as enthusiastic about and as committed to as his predecessor.

Email ThisBlogThis!Share to TwitterShare to FacebookShare to Pinterest
Labels: B, glitch-free, Mackenzie&#039;s