Nissan’s new Leaf electric motors are fun, fast, and sure to turn heads – The Sun 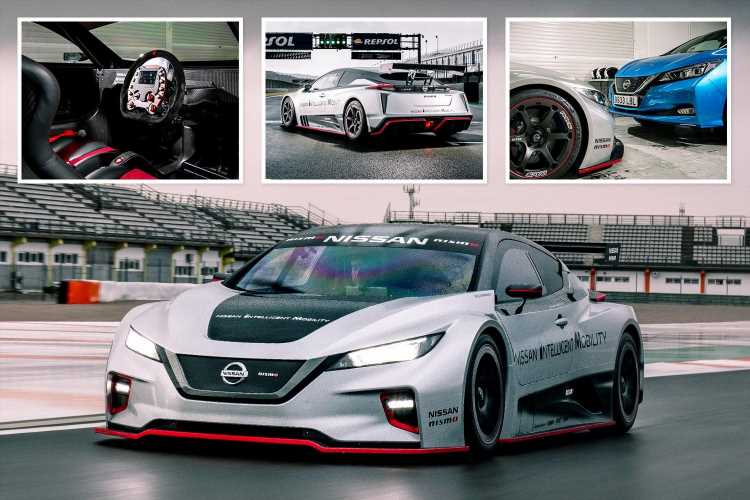 THERE you go, Nissan. See? You can do it.

I have criticised Nissan in the past for making electric cars less exciting than ironing or mowing the lawn . . . while looking no better than an orthopaedic shoe. 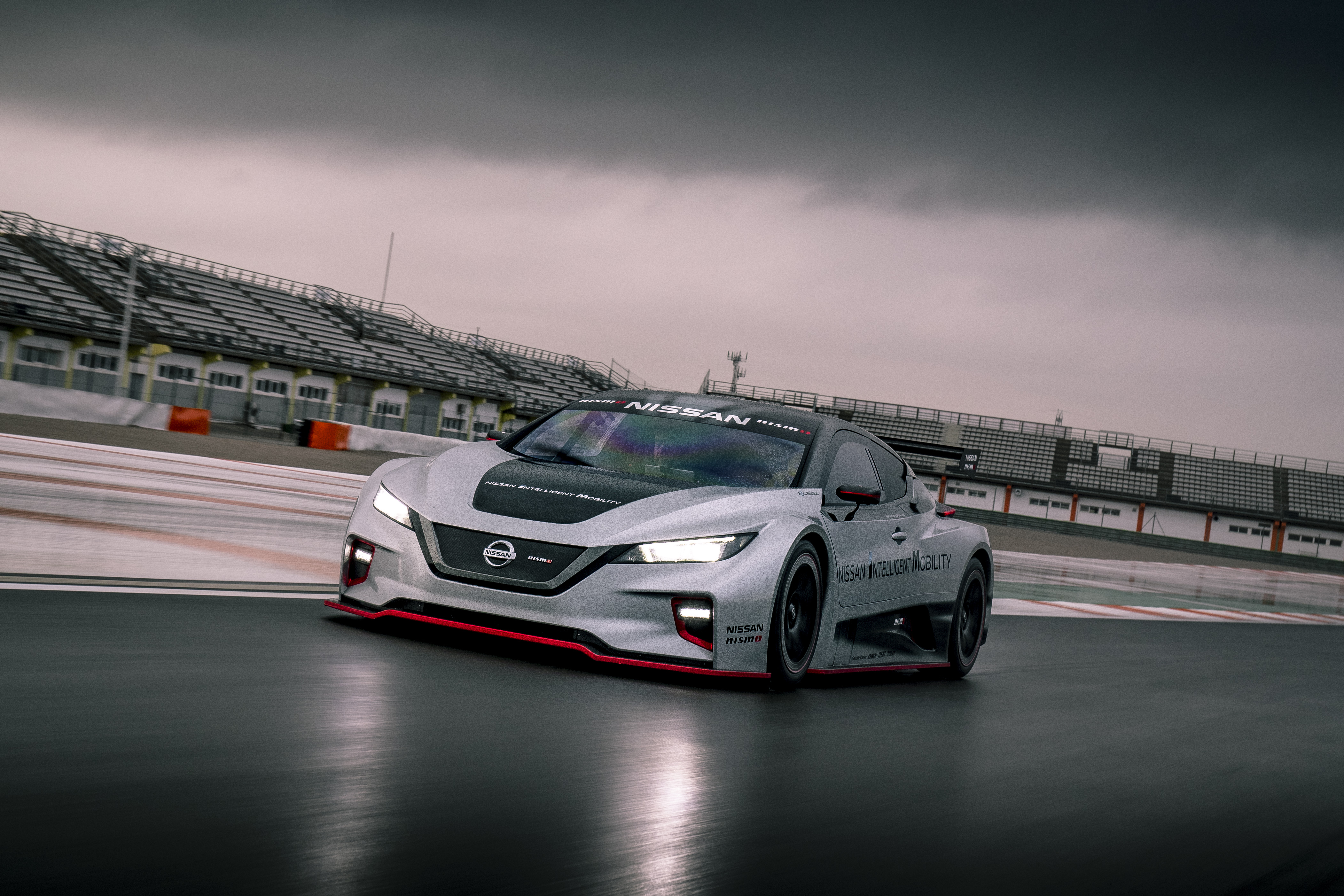 This is much more like it. There is no reason why an electric car can’t be low and wide and fun and turn heads like a supermodel that’s allergic to clothes.

You’re looking at the rather splendid Leaf Nismo RC, a two-seat electric race car with four-wheel drive and 326hp. Not bad.

First question: Are we looking at a rolling test lab for an electric GT-R? Let’s hope so. Nissan is keeping schtum, but the GT-R should have been replaced yonks ago. It is now THIRTEEN years old.

The silhouette of this car is remarkably close, albeit a little lower and lighter — yes, even with heavy batteries — and the 0-62mph sprint time is in the same territory as a GT-R. 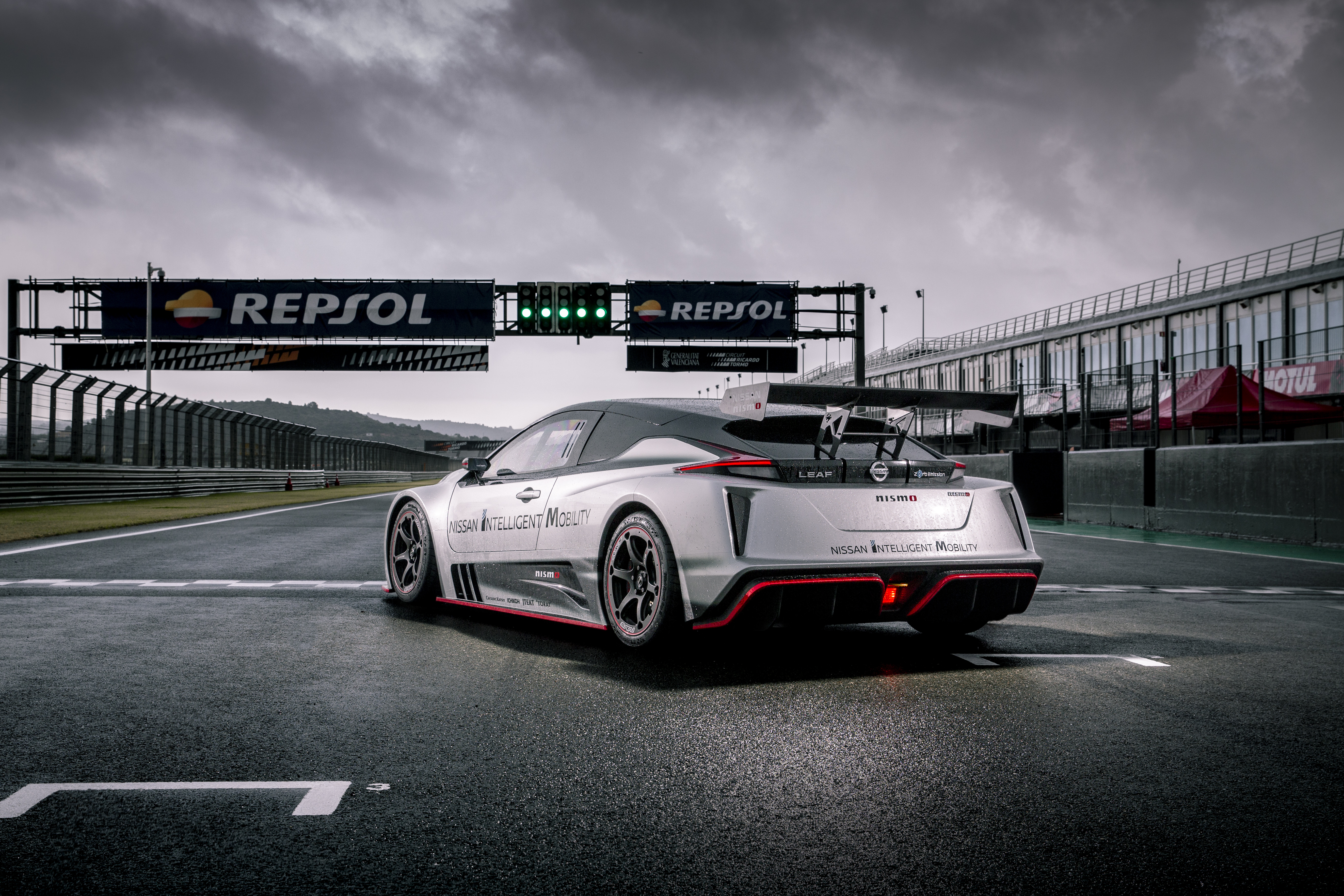 Hang on. It’s also got GT-R brakes and seats. Hmmm. They’re not doing all this for nothing, are they? This has to be more than just a plaything for a bunch of Nismo engineers.

So why the Leaf badge? That’s because it has the same gubbins as an ordinary Leaf hatchback, namely the 62kWh battery pack, electric motors, energy management software coding and, er, start button.

Note two. The forthcoming Ariya SUV will be the first 4WD, electric, Nissan with an e-4ORCE badge. Others will follow. 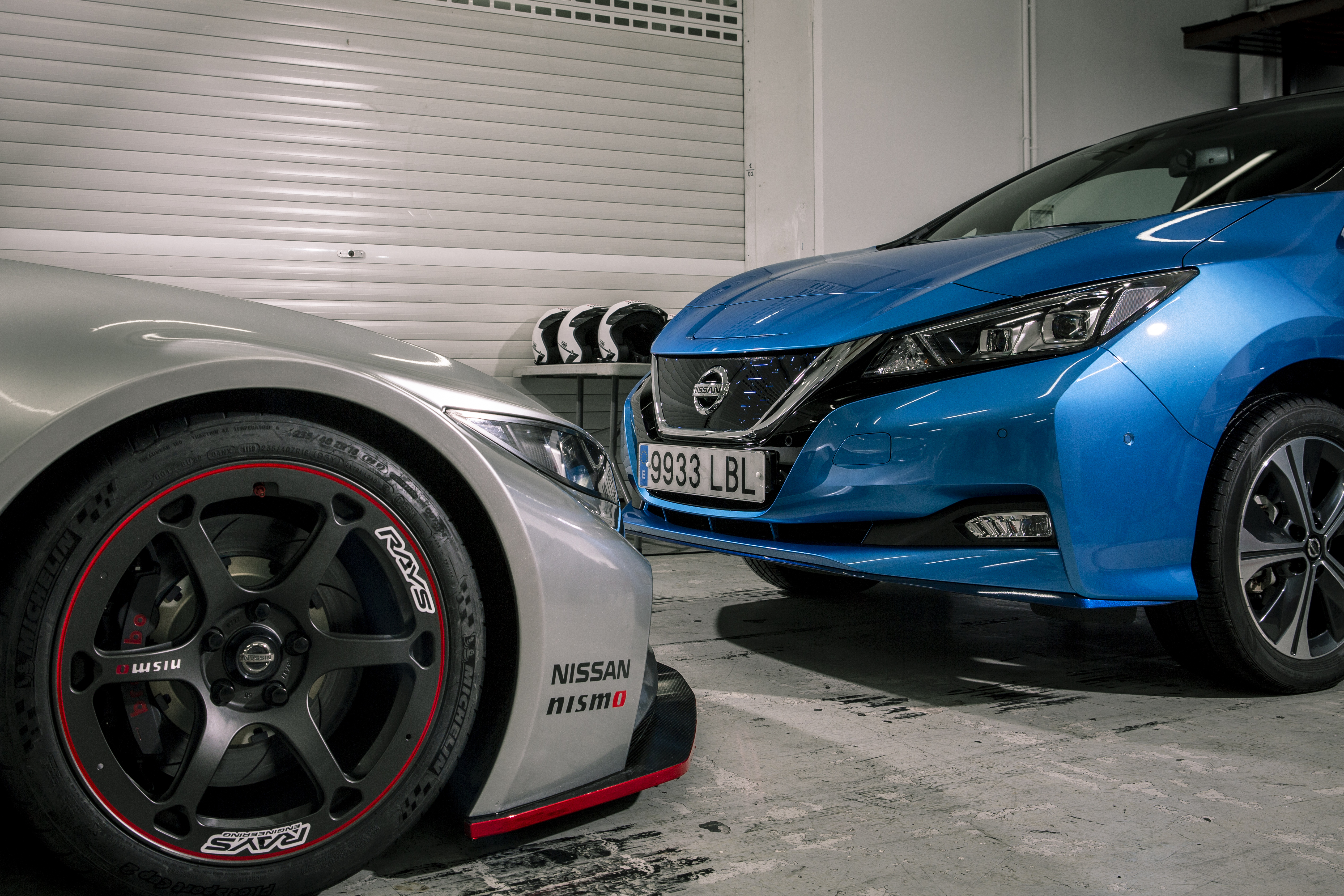 So what’s the Leaf RC like to drive? I’m not going to lie. The track was wet — as in “the worst storm to hit Valencia for 30 years” wet — and the engineers would only let me run in the lowest of four engine maps. Boo.

But it still got my juices going. The beauty of electric cars is the instant and continuous torque. Give it full beans to a corner, trail the brakes as you turn, accelerate, repeat until you’ve completed your allotted laps and playtime is over.

I nearly had one bend named after me but other than that, it was all good.

Now, swapping a fire-breathing combustion engine for electric means you lose much of the noise and drama — no gear shifts, for starters — but the single-speed gearbox did whine much louder than I expected. 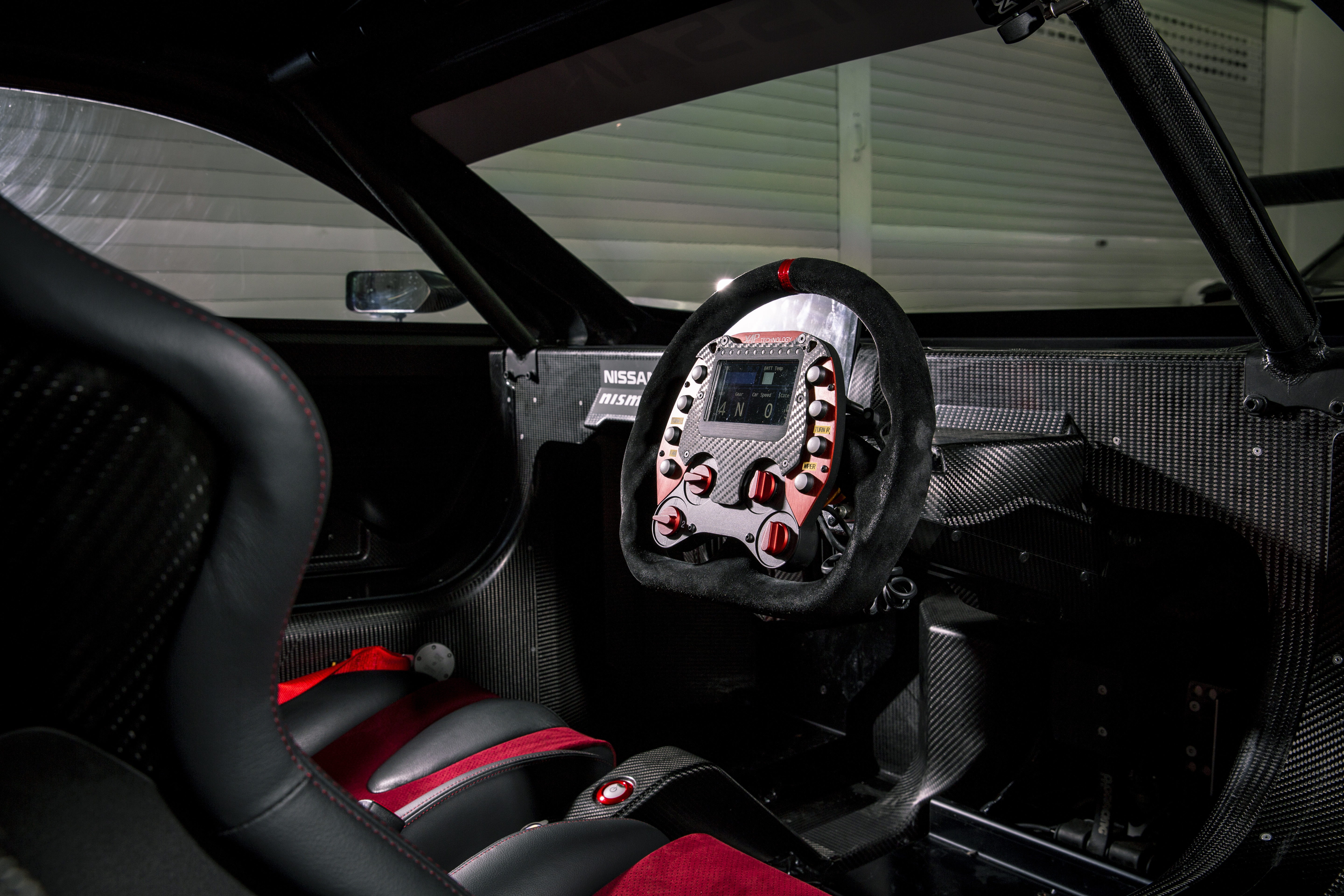 And you are still hitting the apex at the same speeds. You’re on A mission, just zero emission. But aside from all that, it looks spectacular. Like a PlayStation car.

Much more up my street. And yours, I’m guessing, if you’ve read down this far. It’s a graphic illustration of what Nissan can do if they try. Build it. 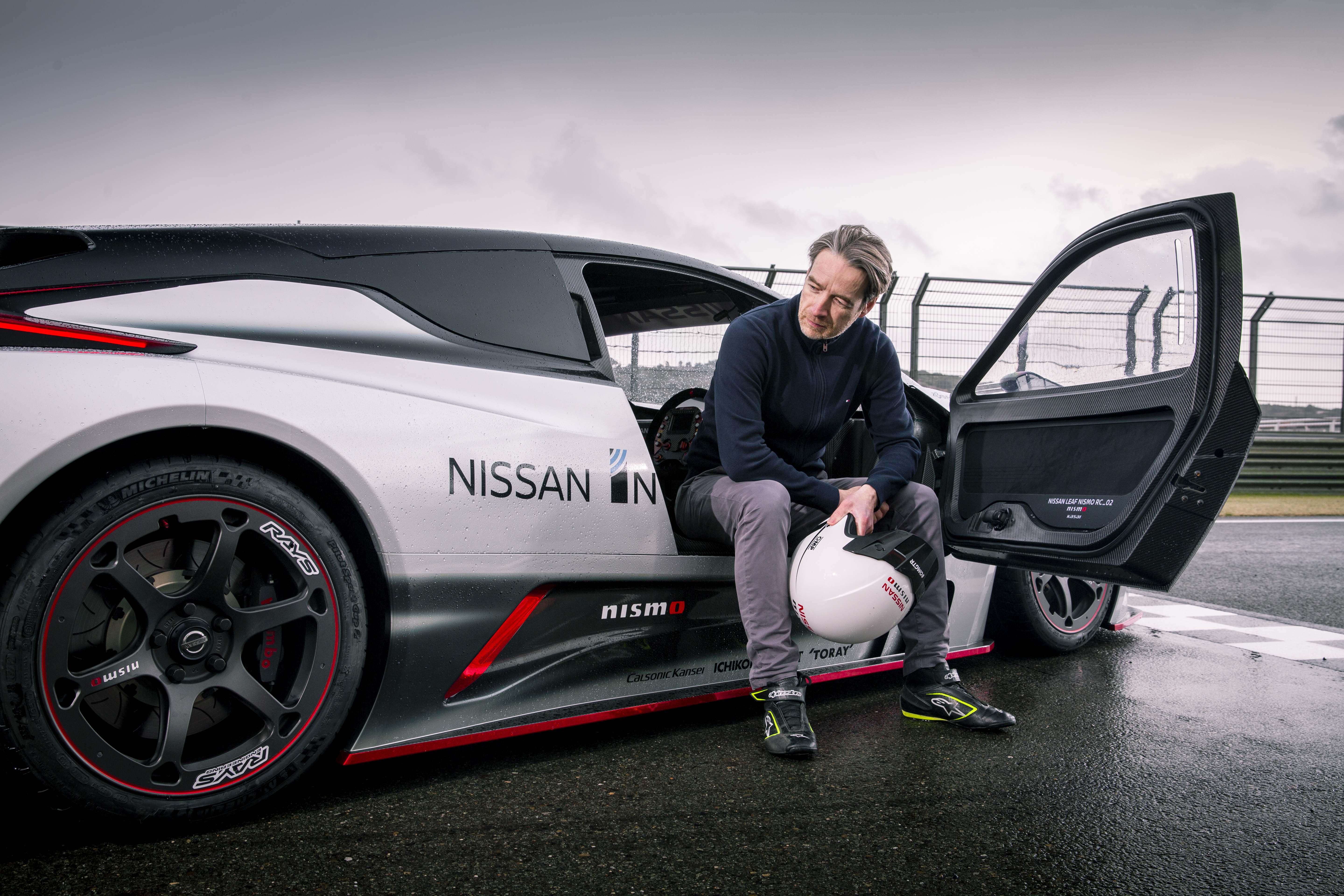