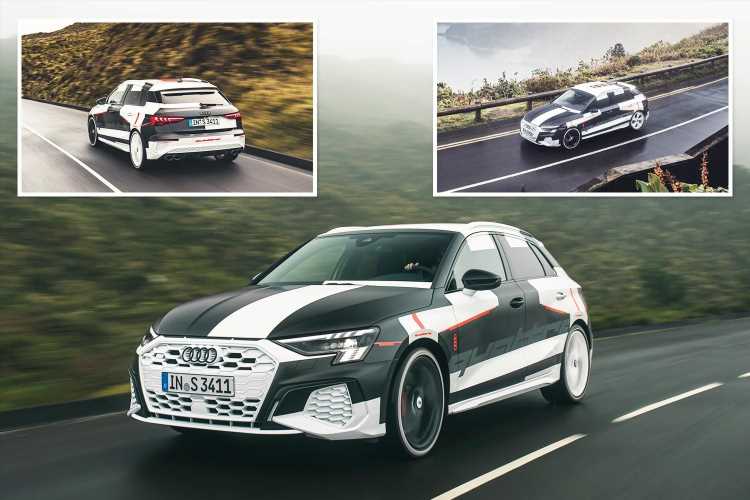 AUDI really is the brand that can make anything look good.

As you know, when most manufacturers test unfinished cars on public roads they cover them in “camouflage”.

They end up making them look like a Vietnam veteran’s acid flashback, all psychedelic swirls and squiggles.

But not Audi. No. When they disguise a test mule, instead of leaving gawping passers-by with a headache and sore eyes, it has them reaching for their wallets.

Seriously, look at this prototype of the 2020 Audi S3, which I’ve just driven ahead of the A3’s reveal at the Geneva Motor Show in March.

The 18-year-old in me would option it in a heartbeat. It’s not the first time, either.

When Audi revealed a camouflaged version of the e-tron electric SUV, its black and orange colour scheme won armies of admirers wondering if they could buy it then and there, as is.

Funky camouflage aside, I can’t really talk much about how the final version will look.

I had a good butcher’s at the finished A3 Sportback after driving the S3 prototype, but I can’t say any more until Geneva. Watch this space. I can tell you about how the new S3 drives, though.

Sitting below the monstrously fast RS3, the S3 is a more understated premium hot hatch, rivalling cars like the Mercedes-AMG A35 and VW Golf R.

That said, it’s still packing 306bhp — a figure which currently remains unchanged from the old to new model, thanks to WLTP rules making life difficult.

So what’s new if there’s no more power on tap for now? Well, quite a lot, but it’s all underneath the skin.

The S3 is endowed with the most advanced version the Quattro all-wheel drive system, which is now better integrated with things like the suspension dampers, drive modes and progressive steering. 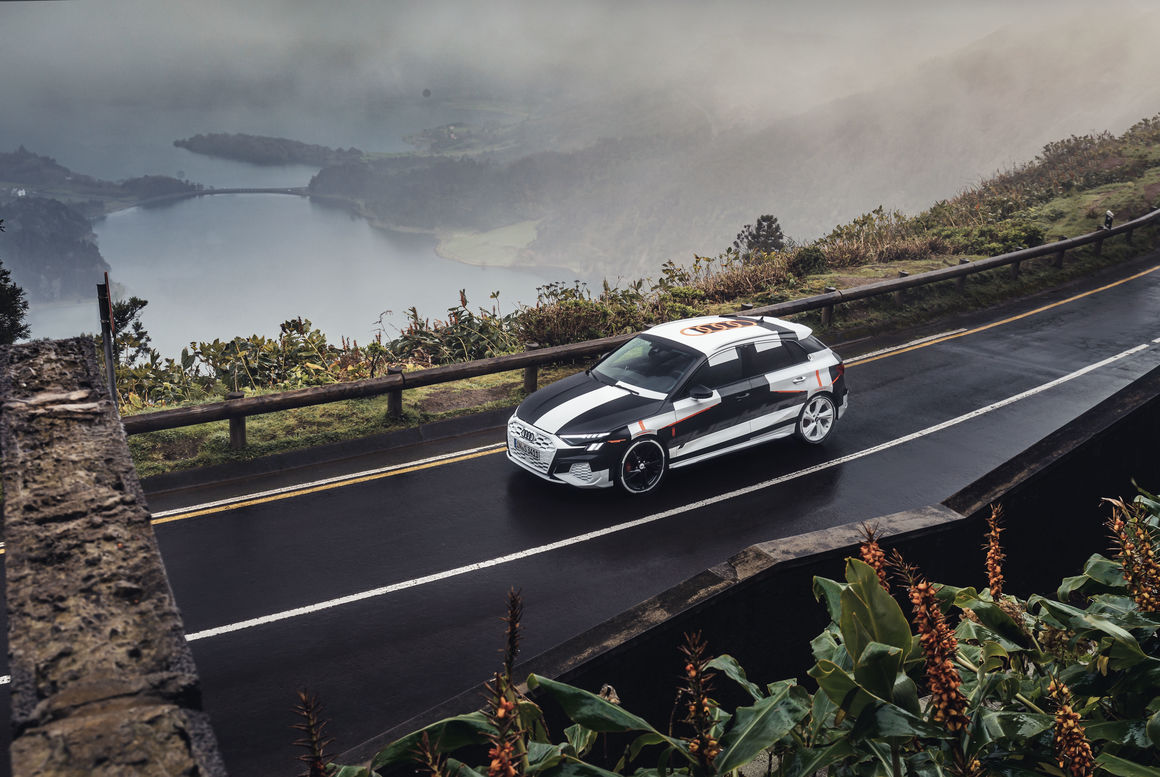 The multi-plate clutch controls the amount of torque sent to the front and rear axles, and is in constant communication with the suspension dampers, which are telling it what’s going on with the road surface, whether traction is slipping, and even how the driver likes to, well, drive.

With this information it knows exactly how much power should go where. But that’s not all. In a high-speed corner, the electronic stabilisation control will gently bite the wheels on the inside of the bend with the brakes, pulling the car into the corner, as well as stiffen up the dampers on the outside wheels to further settle things.

As speed increases, so does the weight of the steering, thanks to the progressive steering system, which finds the optimal feedback so at no point do you have to correct your line mid-corner.

It’s all extremely clever stuff, but for a purist driver, it might not be the car to go for. A straight-line 0-62mph time of around 4.7 seconds and an unflappable approach to even the gnarliest of twisty roads is all well and good, but for me the car is doing too much.

Rather than challenging you to adapt your driving style to the conditions, the S3 will do the hard work for you, making you look like Lewis, while you’re actually doing — and learning — very little.

In fairness, Audi should be applauded for taming a very fast car to the point that anyone could jump in it and have endless driving fun.

And if I can have it in that black and white colour scheme, I won’t grumble about a thing.

Email ThisBlogThis!Share to TwitterShare to FacebookShare to Pinterest
Labels: 2020, A, Audi, is, phenomen, S3, the