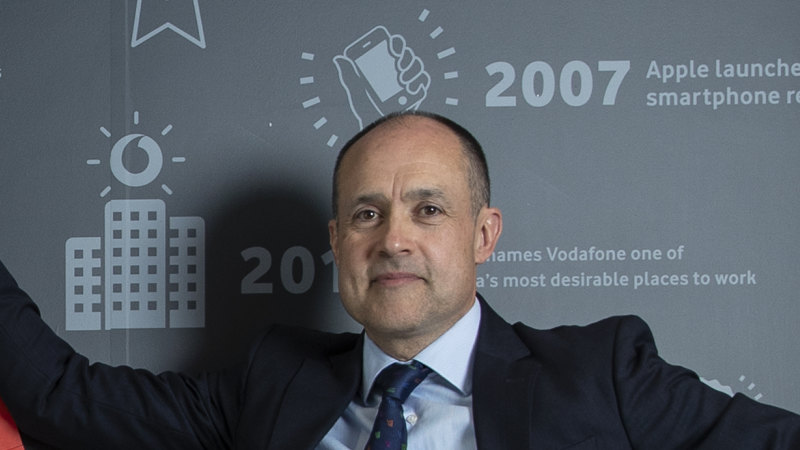 Chief executive of Vodafone Inaki Berroeta says he will push ahead with the $15 billion Vodafone and TPG Telecom merger as the deadline for an Australian Competition and Consumer Commission appeal to the Federal Court approaches.

Mr Berroeta said he had no update on whether the ACCC would appeal the decision, but announced he would commence the roll out of its new 5G towers within weeks before focusing on broader integration of the two businesses. 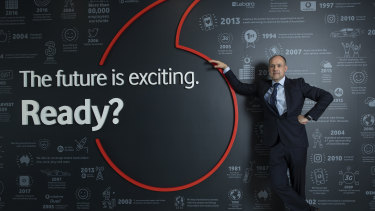 Vodafone will switch on its first 5G towers within weeks, pushing ahead with plans for its merger with TPG despite the possibility of the ACCC appealing the Federal Court’s decision to allow the tie-up.Credit:Louie Douvis

“We are very excited to be pushing ahead with our plans for 2020 by delivering our first 5G sites within weeks, with the initial rollout to continue throughout the year,” Mr Berroeta said.

Several thousands of 5G sites are expected to be built in the next few years, following the merger with TPG.

Earlier this month the Federal Court threw out a ruling by the ACCC that the tie-up between the two telecom giants would harm consumers. The ACCC has until March 12 to decide whether to appeal the decision.

Mr Berroeta's plans were revealed as the company released its full-year financial result, posting a revenue decline of 3 per cent to $1.18 billion. Earnings before interest, tax, depreciation and amortisation grew by 6.9 per cent to $1.178 billion for the year, while the company fell to a net loss of $279.3 million. The company said it was impacted by delays caused by the Federal Court case and a ban on Huawei infrastructure.

"Last year we were facing a lot of uncertainty on the market," Mr Berroeta said.

"On the one side, we didn't have clarity around our network vendor [Huawei]. With that decision there was the opposition to the merger which gave us uncertainty around the available spectrum we would have in the future."

Mr Berroeta said the company had incurred a large amount of costs relating to the Huawei ban.

"The cost for us really has been the fact that we had to delay our 5G plans by one year," he said.

Average revenue per user fell by 4.9 per cent for the full year to $33.35. Mr Berroeta said the company's intention was to offer "attractive" pricing propositions, but he would not disclose plans for its pricing strategy.

Source: Read Full Article
Posted by BestNewsMedia at 4:54 AM

Email ThisBlogThis!Share to TwitterShare to FacebookShare to Pinterest
Labels: ahead, pushes, TPG, Vodafone, with