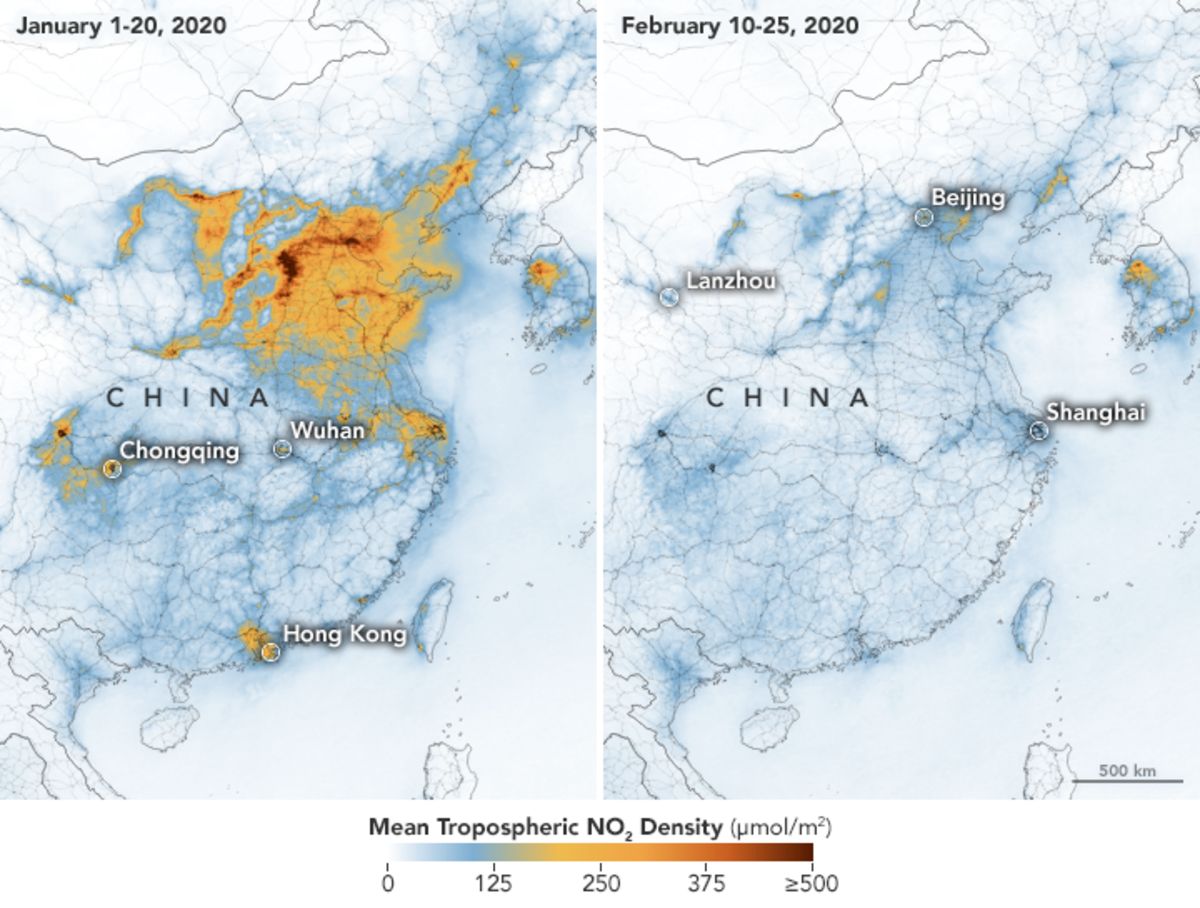 Rising Chinesepollution levels measured from space are showing a gradual but uneven industrial pickup after the economic slowdown caused by the nation’s fight to contain the deadly novel coronavirus.

Though the measure of nitrogen dioxide in China’s atmosphere has risen nearly 50% from Feb. 17, it’s still roughly 20% below the equivalent period last year, according an analysis from the Helsinki-based Centre for Research on Energy and Clean Air, which used satellite data from NASA.

The data offers important clues to the health of the world’s second-largest economy. The country’s official manufacturing purchasing managers’ indexplunged to a record low in February, underscoring the impact from the Covid-19 outbreak, which has pummeled both consumption and production.

Read More: Slow But Steady: China Fights to Get Economy Back to Work

Provincial-level data can offer insights into specific industries, which often cluster by region. In the northern province of Hebei, which is China’s top steel-making area, NO2 levels have risen above the equivalent period last year, suggesting a partial recovery.

In the manufacturing hub of Guangdong, a province that as of Wednesday had themost coronavirus infections after Hubei province where the disease began, pollution briefly outpaced levels in 2017 and 2019 before falling below by late February.

In Shanxi, one of China’s top coal-producing provinces, NO2 levels have nearly caught up to last year. The province was among several that have lowered their coronavirus emergency response level.

Pollution data may also provide some clarity on activity in eastern Zhejiang, where concerns have emerged over data reliability. At least three cities there havegiven local factories power-consumption targets because they’re using the data to show a resurgence in production, according to people familiar with the matter. That’s prompted some businesses to run machinery even as their plants remain empty, the people said.

A provincial newspaper, the Taizhou Daily, criticized local officials on Saturday for narrowly focusing on power usage, arguing that hitting the targets doesn’t equate to economic growth. (The link to the article on the paper’s website was no longer working by Sunday.)

Daily coal consumption at coastal plants of six major power groups was at 456,000 tons as of March 3, up almost 24% from Feb. 10, but still about 35% less than March 3, 2019, according to data from the China Coal Transport and Distribution Association.

— With assistance by Chaoqun Kan, and James Mayger

Source: Read Full Article
Posted by BestNewsMedia at 2:04 AM