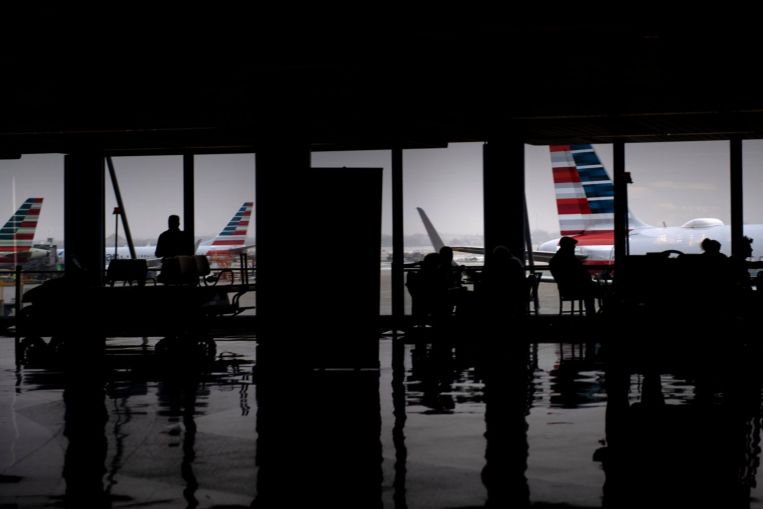 LOS ANGELES (REUTERS) – A clampdown on European travel to the United States will heap more pressure on airlines already reeling from the coronavirus pandemic, analysts said, raising the odds of government relief packages as billions of dollars of tourist spending vanish.

The 30-day curbs from Friday (March 13), which exclude Britain, Ireland and other countries outside the European Schengen passport-free travel area, are similar to those that went into effect targeting China on Feb 1. They come after the outbreak’s rapid spread across the European continent and in the US.

Combined with a fresh US State Department advisory asking citizens to reconsider the need to travel globally, the move could create chaos at dozens of airports across Europe as passengers attempt a last-minute rush to fly to the United States before the ban takes effect.

Flights from Europe can still operate to a limited number of US airports with enhanced screening under measures announced on Wednesday evening. But only US citizens, permanent residents and immediate family members will be allowed in, severely denting the passenger base and hurting the US tourism industry.

As well as slashing arrivals, the move is set to decimate spending by European tourists in the United States. In March 2019, European visitors to the US accounted for 29 per cent of arrivals and US$3.4 billion (S$4.7 billion) of spending, the US Travel Association said.

“Temporarily shutting off travel from Europe is going to exacerbate the already-heavy impact of coronavirus on the travel industry and the 15.7 million Americans whose jobs depend on travel,” US Travel Association President Roger Dow said in a statement.

The news sent shares in Asian carriers sliding during the region’s trading day, with analysts warning of a significant impact to come when European markets opened.

Qantas Airways fell 10 per cent as Australia weighed similar restrictions on travel from Europe. Singapore Airlines was down 4 per cent, as was Hong Kong’s Cathay Pacific Airways. Japan’s ANA Holdings and Japan Airlines were both down more than 5 per cent.

US President Donald Trump said the ban was needed because the country was entering a “critical time” in the fight against the virus, which has spread across the US and killed at least 37 people and infected 1,281.

US airlines had already slashed flight schedules to Italy, facing the largest European outbreak, and will take another hit from lower demand for flights from major destinations like France and Germany.

He said his group respected the need to take the unprecedented action, but Association of Flight Attendants-CWA President Sarah Nelson called the ban “irresponsible”.

“There is no explanation for how this will help fight the spread of the virus,” she said. “It makes little sense when the virus is already in the United States.”

William Reinsch, a former senior US Commerce Department official and fellow with the Center for Strategic and International Studies said the restrictions would be “enormously disruptive” to airlines, hotels and restaurants already taking a hit because many Americans are staying home.

“I think the administration will be forced to provide some relief to the airlines,” he said.

The new restrictions will particularly batter foreign carriers like Germany’s Lufthansa and Air France KLM that dominate the market for flights between mainland Europe and the United States and had already grounded dozens of planes, analysts said.

Lufthansa said it was assessing the impact of the changes on its US operations, while Air France KLM did not respond immediately to a request for comment.

Boyd said American Airlines Group was the relative winner among the US carriers because its alliance with British Airways would do well carrying passengers to London.

“Delta has alliances with Air France KLM, which will be shut down in trans-Atlantic markets. United’s alliance with Lufthansa leaves it with zero access to the EU,” he said. “That sounds dire, but the fact is that with the news of the spread of the virus in Europe, the flights would be empty anyway.”

American Airlines said it was in contact with the US government to understand and comply with the directive.

Delta Air Lines Inc said it would waive reservation change fees for customers traveling to, from or through Europe and Britain through May 31. United Airlines Holdings Inc and British Airways parent IAG did not respond immediately to requests for comment.

Have a question on the coronavirus outbreak? E-mail us at askst@sph.com.sg

To get alerts and updates, follow us on Telegram.

Source: Read Full Article
Posted by BestNewsMedia at 12:12 AM

Email ThisBlogThis!Share to TwitterShare to FacebookShare to Pinterest
Labels: ban, European, heap, On, travel, US